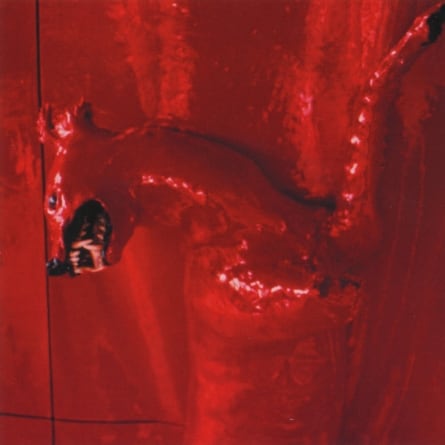 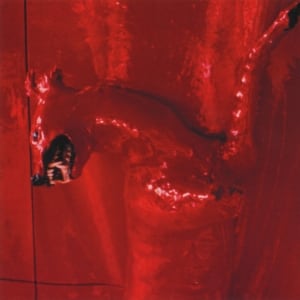 That A Red Score in Tile took a somewhat circuitous route to reach us today is fairly obvious. Originally recorded in 1979, it was issued in 2004 in Germany and finally reissued via composer William Basinski’s 2062 label. Anyone familiar with Basinski’s work, particularly “Melancholia” or “The Garden of Brokenness,” will know the drill here: a roughly eight-note progression repeated with minor distortion and alteration over the course of about 45 minutes, the length of a tape reel. Yet this is older by a good number of years than both of those pieces, and its somewhat embryonic construction betrays that fact. For a Basinski obsessive, however, it remains fascinating.

In an interesting review over at The Talkhouse, Nika Danilova of Zola Jesus broke down what she saw as the bare repetition contained in Virgins, the newest record from Tim Hecker, and connected it to a half-century of minimalist composition. Her analysis was somewhat flawed, as Hecker deals in replay structures no more than any other ambient artist or composer, but it applies here to Red Score, for repetition, at least at this point in Basinski’s career, seems the whole of his method. There are not even plural ideas to repeat, just one simple phrase, slightly jazzy, very oblique. It rises and falls without resolution, unadorned and seemingly without context, though its cycles become that rapidly.

That is the force of repetition: to push even minor and surface changes into places of absolute significance. Basinski took this to an extreme end with his Disintegration Loops, literally destroying music as it was made, each go-around a step toward eventual nullification. But this is much older than Basinski and his contemporaries. Think of the twin creation stories at the beginning of Genesis, the many-versed hymns of Protestantism, the endless “Om Mani Padme Hum,” or hell, even the time loops of science fiction. Repetition is, in fact, the very soul of ritual music, a constant reminder flickering throughout the brain and propelling the body. What we see in each is the power of endlessness and variation to trap and turn ideas, sometimes into new forms, sometimes, as in Red Score, simply over and over, as one looks to the different pained faces of a stone. This is very, very simple music, but simplicity should never be confused for emptiness.

The ultimate question is whether this looping does the original idea any good. What makes the phrase more compelling on the fiftieth iteration than the first? With a longer phrase this might be more obvious, as the listener can focus on new aspects each time, reconfiguring the stress placed on individual notes. In effect, one takes apart the piece and puts back together their idea of it, seemingly without the composer’s guiding hand. The guiding pattern of Red Score is so short and so spare, however, that this becomes much harder to do. What new thing can be discovered over 45 minutes if there is so little to parse in the first place? That is something of a false choice, as the simplicity of Red Score’s basic melody opens up infinitely over its duration. This is Basinski’s essential contention, and it is what draws audiences to his work: that no idea, no matter how minor, is immune to complexity when expanded via repetition. Though it may be an early example, Red Score nonetheless impresses in how true that remains.

Rob Rubsam is a freelance writer and itinerant resident of upstate New York. His writing about music has been published at CVLT Nation, The Rumpus, Burning Ambulance, Popmatters, and others, and his fiction elsewhere. When not contemplating giant squids or erecting a standing stone in his backyard, he tweets at @millenialistfun.