August 08, 2020
Home Music Elbow: The Take Off and Landing of Everything 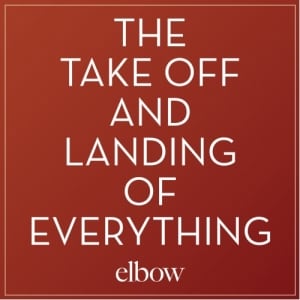 [xrr rating=3.75/5]Most of the 2012 Elbow singles and B-sides compilation Dead in the Boot focused on the more tentative, quiet side of the Manchester crew’s work, making the compilation an interesting one that didn’t even attempt to be representative of the band’s arena-rock ambitions. Elbow’s sixth album, The Take Off and Landing of Everything, returns to progressive compositions that carefully broaden in scope. That structural experimentation helped differentiate the band from the likes of Coldplay or Snow Patrol back in the aughts; as Elbow has continued to record, frontman Guy Garvey’s striking ability to pen a direct pop song that unfurls like a Sigur Rós cut has only become a more powerful asset. Elbow’s more expansive, raucous songwriting makes the band’s strengths more obvious, to the benefit of nearly every Everything track.

There aren’t any especially loud songs here – Elbow operates in an unhurried and deliberate mode that rarely necessitates overt use of volume – and there aren’t any sharp-edged rockers like early Elbow efforts. Garvey’s long-term relationship ended during the making of this album, and if that experience colors Everything, it’s only in the somewhat melancholy feel of these songs. Elbow’s command of soundstage and momentum is on display, “New York Morning” and the title track both building to grand orchestral swells that fill the songs’ spacious atmosphere. Stately keys tether the latter to its simple melody, while the second half of “New York Morning” grows slowly out of the song’s more humble intro with a steady increase in vocal intensity and instrumental layering. “Fly Boy Blue/Lunette” treats the breakdown like the beginning of an entirely different piece, that dramatic tonal pivot creating momentum as it swings the song off on an unexpected trajectory. Blasts of King Crimson horns mark the transition from a tense, angular sound to a heathered ballad, that gorgeous second half almost masking the urgent rhythm that runs throughout the whole song.

Dynamic contrast isn’t always used as aggressively, and some of the album’s best songs save a momentous breakdown to great effect. One of many Elbow performances that demand comparisons to Peter Gabriel (Elbow even recorded Everything at Real World Studios), standout “Honey Sun” barely needs that brief change-up. Starting off with a pitter-patter beat and Garvey’s warm humming as accompaniment, the stoic melody creeps along until a gentle lift tips into a refrain that adds little to that minimal formula. Garvey’s multitracked vocals replace the humming and the results are jaw-dropping. His vocals aren’t just close, they’re shockingly intimate, his smoky delivery and the puff of breaths adding to the song’s silken texture. It’s a particularly skillful performance in the midst of songs that aren’t meant to stand out, a lack of flashy details masking the easy confidence of Elbow’s songwriting.