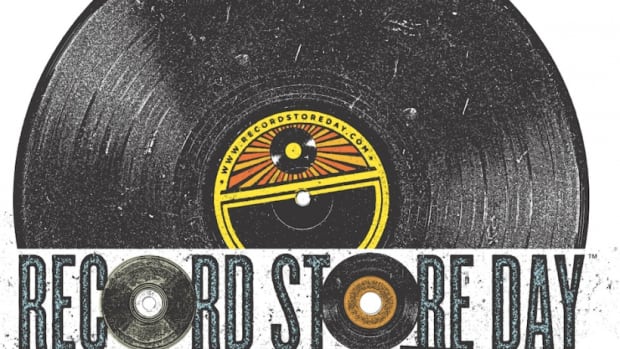 Ah, Record Store Day…a day when for us collectors the sun always seems to shine and if it’s raining, it’s raining vinyl. If you’re still reading this article, you’ve probably memorized the list of RSD goodies you just gotta have. You’ve cleared your calendar for that Saturday and have told your exasperated wife and kids that they’re on their own for that day. Who cares if it’s Easter weekend? If vinyl was around in Jesus’ time, he would have rescheduled the resurrection.

Still, in this quest to acquire that ultra-limited 7 inch punk box set where each disc is colored like a specific bodily fluid, there’s always the risk of missing out on actually enjoying RSD. Read below for some tips on how to still enjoy this holiest of days. And no, “stay at home” is not one of them, as one cynical friend suggested.

If certain artists inspire a devoted following among hardcore fans, introducing vinyl into the mix only intensifies said devotion. Lines will form early at many record stores just like they do at concerts; as RSD’s profile continues to increase, so do the lines. Some people will even have camped out overnight.

Those lines can offer a great time for bonding with like-minded record collectors or for intimidating everyone to stay the hell off your turf. They can also be a soul-sucking experience where you see the worst of humankind: line cutters, psychotic fanboys and, worst of all, the foul smellers. Don’t kill the vinyl fellowship by being that guy for whom a stink cloud trails closely behind.

2. No Biting or Throwing Elbows

As RSD gains in popularity, inevitably a few goons will screw it up for the rest of us. The formula for a proper melee is already there: large crowds salivating for vinyl + tightly cramped quarters of a tiny record shop = recipe for disaster of epic proportions. One year there will be an ugly incident where some overzealous collectors scuffle over a limited-pressing release until blood flows and the cops are called in. And then RSD will be no better than the yearly Walmart trampling that officially kicks off the holiday season. Until then, remember: it’s only vinyl, and that super rare Spacemen 3 release won’t cure cancer…and probably won’t get you laid either.

I know the collector’s urge: we want everything by our favorite artists and will stop at nothing to fill any voids. The more enlightened (and, I’d guess, financially solvent) record shops also understand this nasty urge, as some of them now only allow one person to snag 1-2 items at a time, before having to return to the back of the line and wait again. In that spirit, remember that RSD is not a competition; show your good little utopian socialist side this year and share the wealth. No one should be seen carting out a crate load of wax while others go home empty-handed.

It’s tempting to map out a strategy like a war general and try to hit every record store in a tri-state area at breakneck speed. But RSD is not an amusement park where you need to race around to ride everything before the park closes or that rickety ride finally breaks down and someone’s hurled into the abyss, whichever comes first. Take your time: visit your favorite shop and make a purchase, even if it’s from the store’s regular stock and not an RSD release.

Don’t be afraid to start late; RSD in some ways is immeasurably more enjoyable when you don’t feel like a pig fighting for slop during feeding time.

And maybe you’ll catch a break: one friend obviously leading a charmed life managed to find a copy of the In Utero Albini mix about an hour before the shop was closing during this past Black Friday. How? The store owner decided he wanted to listen to it once before selling it.

The most disappointing aspect of RSD is price gouging, whether it’s from your friendly neighborhood record store – no, despite the official RSD PR, not all record shop owners are altruistic – or from the lowlife scumbags who seemingly acquire the rarest vinyl within minutes and post them on auction sites at outrageous boutique prices. Do not patronize these thieves. I know Buy It Now is awfully tempting, but the thrill of landing, say, Jack White’s latest goofy vinyl experiment will soon be replaced by a nauseous feeling in your stomach that tells you you’ve been taken for a sucker.

That giant sucking sound you also hear? That’s your bank account crying out for its misspent funds. If you absolutely must have a specific vinyl artifact, just wait a while: eventually some of the most mercenary of sellers will drop their prices to a reasonable level if the vinyl starts to collect a little dust.