October 19, 2020
Home Music Rediscover: The Long Winters: When I Pretend To Fall 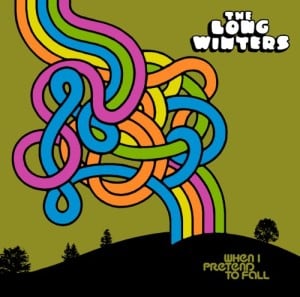 There might never be a fourth Long Winters record. The band was originally conceived as collaboration between Seattle’s John Roderick (formerly of the Western State Hurricanes) and Harvey Danger’s Sean Nelson, but quickly became an outlet for exclusively Roderick’s songwriting. The band released debut The Worst You Can Do Is Harm in 2002 and went on to record two more indie-rock records in the early aughts, including 2003’s When I Pretend to Fall and 2006’s Putting the Days to Bed. Roderick released a video series in late 2009 that claimed to be documenting his time in the studio working on a new Long Winters record but never actually showed him recording new material, and he’s since taken on a number of non-musical projects that appear to be his primary focus going forward. And doing so wouldn’t be without precedent – after the Western State Hurricanes dissolved, Roderick dropped out of the music scene altogether and walked across Europe, eventually touring with Harvey Danger before forming a new band. In recent episodes of the podcast Roderick On the Line that began in 2011 – featuring his freewheeling conversations with internet personality Merlin Mann – Roderick has even described his difficulty writing a fourth Long Winters record and detailed his efforts to begin onstage storytelling in the vein of comedian Paul F. Tompkins.

Roderick pursing that type of performance isn’t exactly a long-shot, as the witty lyricist’s penchant for storytelling and verbose humor define the three Long Winters records, including energetic sophomore effort When I Pretend to Fall. His wonderfully opaque verse includes outlaws and penitent former convicts (“Blue Diamonds”, “Bride And Bridle”), peculiarly unique love letters (“Blanket Hog”, “Stupid”) and stirring narratives like “Cinnamon” that evoke heady emotions from the most abstract of plots. That song features one of his best and most challenging lines: “It was a hospital, I was delirious/ I clung to the stretcher, I drew them a heart/ They said, ‘Do you remember when you saw her last?’/ I said, ‘Her skin is cinnamon, her skin is cinnamon.’‘” There’s a memorable pairing of levity and wordy genius in the way Roderick sees the world (one of the reasons Roderick On the Line remains compelling 100 episodes in), like in the giddy way he sing-speaks, “St. Paul was there to marry us/ We lied, ‘We’re already married!/ Cuz here’s proof, we have suntans.’”

When I Pretend To Fall remains the most sunny and immediate Long Winters record, the album booklet’s bold colors and expressive line-art fitting for such bright guitar pop. The Long Winters debut’s chronic melancholy only echoes in the lyrics of this record, returning more potently in the bleaker rock tones of the third Long Winters LP. When I Pretend to Fall sounds cheery and aurally bountiful, even when Roderick explores harder concerns, joyful harmonies decorated by bouquets of keyboard and orchestration. That style complements Roderick’s wordplay and the guitar-rock resumes of the whole ensemble, helping make When I Pretend to Fall the most consistent of the three Long Winters records. While The Worst You Can Do Is Harm feels like a deeply personal solo record wisely fleshed out before shipping, When I Pretend to Fall sounds like an engaged collaboration between Roderick and his band, more mature and a vastly superior display of musicianship.

That buoyant sound was in part a product of all the extra personnel Roderick gathered to record When I Pretend to Fall. The settled Long Winters lineup included Roderick and Nelson, bassist Eric Corson and drummer Michael Shilling, but the album features contributions by an absurdly generous list of indie-rock notables; at the time, just about all of them were more famous than Roderick himself. Ken Stringfellow of the Posies and Death Cab for Cutie’s Chris Walla played a range of instrumental parts and helped produce. Peter Buck recorded some mandolin parts. Blake Wescott of Pedro the Lion, Scott McCaughey of Minus Five and Posies co-founder Jon Auer all made their way onto the album. Recording included almost 30 musicians and the album’s grand instrumentals reflect the number of skilled guests packed into the studio.

Ten years after its release, When I Pretend to Fall still shines as the Long Winters record with the best collection of songs, perhaps missing a brand-defining single like “Carparts” but also avoiding the occasional duds that tarnish the debut featuring that song. Strummer “Stupid” may be simple, but it’s also endearing, a guy pursuing the unlikely dream girl because passing up his opportunity could be so much worse. It’s easy to empathize with the angst and sentiment of that sweeping refrain – “Stupid, you could call it that/ Stupid, but you have no idea/ How stupid I would feel/ If 15 years from now I see her/ And she says why didn’t it happen between us, stupid?” Pretty songs like “Nora” and “It’ll Be a Breeze” flirt with longing interludes or pointedly sparse instrumentation, a quiet beauty in lines like “It’ll be a breeze/ Is it your kisses I’m feeling?” The album’s spry rockers bounce and sprint with limber guitar melodies that really make the most of the recording’s extra crew. The deceptively complex “Shapes” revolves around a twisting guitar riff out of step with the vocal, Nelson’s recognizable voice belting out the refrain behind Roderick, “I’m counting on you to throw/ More than shapes!” “Prom Night at Hater High” shoots forward at a reckless pace, propelled by a barnstorming violin and big charges of muscular guitar. The tempo peaks on explosive fan favorite “New Girl,” a perfect sing-along, especially as a litany of voices yell the barb, “You are!” On When I Pretend to Fall, Roderick manages his most comfortable balance between emotional weight, quirky personality and outright showmanship, often combining all three.