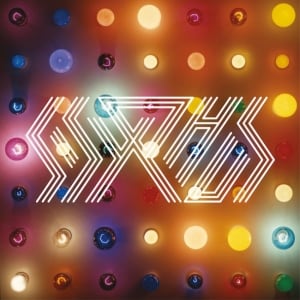 As evidenced by an upcoming New Jersey Supreme Court case challenging the admissibility of defendants’ rap lyrics in criminal trials, hip hop is often interpreted literally by those unfamiliar with it, and the genre rarely gets its due as an art form. That certainly won’t be the case with the new alternative hip hop album Sisyphus, a self-titled release by the powerhouse collaborative of Serengeti, Son Lux and Sufjan Stevens. Previously dropping an EP together under their original moniker S / S / S, the trio’s debut full-length was commissioned by the Walker Art Center in Minneapolis to accompany installation artist Jim Hodges’ exhibition there. The collaborators immersed themselves in Hodges’s work while putting together this LP (some of which appears as the album’s cover art), and their name change (S / S / S, according to Stevens, sounded too Nazi-ish) came about directly thanks to Hodges’ gold and metallic boulder exhibit, which Stevens has described as “the Sisyphus stone with bling.”

On paper, a collaboration of an alt-rapper, electronic producer and singer-songwriter indie darling reads like a recipe for hodgepodge. Instead, the result is something remarkably sleek and glossy. Stevens’ gentle, ethereal vocal work and Serengeti’s mostly laid-back rhymes pair equally well with Son Lux’s beats, and though Sisyphus shifts gears often, the transitions are silky smooth. For every dreamy, downtempo ballad like the Sufjan-led “Take Me” (Take me to your room/ I wanna be your friend”) there’s a low-key braggadocio from Serengeti like “Booty Call” (“Can you huddle with a Capricorn/ Or are you still afraid of the storm?/ Do you wanna make a porn?”). In fact, those two tracks appear back-to-back. Serengeti’s delivery remains mostly mellow throughout, despite more incendiary lyrics than anything put forth by Stevens. Even when Geti does get worked up (repeating “I don’t get no shit” ad nauseum on “Rhythm of Devotion”), Son Lux’s smooth beats and Stevens’ tender backup vocals cool off any outright aggression and let the whole thing flow.

A catchy story about outlaws, “Lion’s Share” may be Sisyphus’s collaborative highlight. Backed by an elaborate electronic beat, Serengeti rhymes about a heist, acting as the call to Stevens’ airy response in the song’s chorus. On the opposite end of the spectrum, opener and first single “Calm It Down” at first uses only a simplistic percussive beat and some subdued keys to support underwhelming lyrics like, “When you feel/ Like driving your car/ Into a telephone pole/ Just stop it.” But that track picks up with added electronic layers, addictive bleeps and bloops and more gossamer intonations from Stevens, and thereby salvages itself by the end.

Stevens has admitted in interviews that the trio isn’t going for profundity on this album, instead striving for “ear candy.” However, the record isn’t without some intellectual heft. On “My Oh My,” the perfect blend of Stevens’ whimsicality in the chorus is matched by flowing lines from Serengeti like, “Yo, enough about me though, you got a favorite game show?/ Mine is called ‘I’m involved’/ But nothing that a Manic Pixie Dream Girl can’t solve/ Nothing that’s organic is impossible to dissolve.” And while the formula of Son Lux on beats, Serengeti on rhymes, Stevens on hooks plays out for most the album, “Hardly Hanging On” is a sweetly sleepy ballad that’s wholly in Stevens’ wheelhouse.

The trio save their heaviest subject matter for album-closer “Alcohol,” where a kitchen-sink beat similar to that of tUnE-yArDs propels nimble rhyming about addiction and aggression, with Serengeti’s standout line “But I’ll suck at your dick with the Devil’s integrity” and Stevens intoning, “I am not my father.” By this point in the album, the trio has earned the right to do pretty much anything they want. Not everything lands, but more often than not Sisyphus brings together three distinctive talents into one united front. The music may only accompany the Minneapolis art exhibit until May, but Sisyphus is a record you’ll want to roll with again and again.

This exploration of an anti-religion religious movement presents a great concept, but its …