February 28, 2021
Home Music Sid Selvidge: The Cold of the Morning 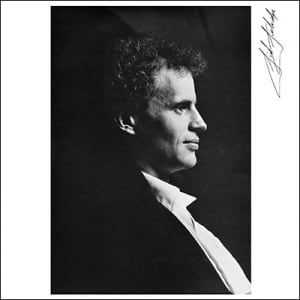 [xrr rating=3.0/5]If somebody told you about an album out of ’70s Memphis helmed by producer Jim Dickinson and with a cover by photographer William Eggleston, you might think they were talking about Big Star’s classic Third. But that celebrated album was not the only music brewing along the fertile banks of the Mississippi River. Sid Selvidge’s 1976 album The Cold of the Morning has a rich connection to the Memphis scene, but has been out of circulation for decades. Omnivore Recordings, who a few years ago released a deluxe edition of Big Star’s Third packaged in a replica of that album’s master tape box, has now made Selvidge’s album available for reevaluation.

In 1977, New York Times critic John Rockwell, one of the few pop critics to earn Ted Gioia’s endorsement in his recent screed against the state of music criticism, raved about Selvidge’s residency at Tramps. Rockwell went so far as to call Selvidge’s rich baritone “about the finest male voice this observer has ever heard in the field of American popular music.” What had been a poorly attended run soon became a hot ticket, with celebrities from John Belushi to Linda Ronstadt showing up. Maybe you had to be there. A mix of originals, show tunes and folk songs, The Cold of the Morning is a perfectly good album whose superior musical chops don’t lead it to greatness.

Selvidge had a great natural instrument in his voice and a confident way with a guitar. Compare the version of “I’ve Got a Secret (Didn’t We Shake Sugaree)” that opens the album with Fred Neil’s original. Neil’s is a perfectly pleasant, easygoing performance about losing it all; Selvidge articulates Neil’s lyrics with more care and confidence than the songwriter. Jim Dickinson and Mudboy & the Neutrons accompany Selvidge on two tracks which hint at the kind of Memphis chaos that inspires comparisons to Big Star’s Third. The band brings a loose rhythm and out-of-tune piano to the proceedings, injecting a madness that doesn’t quite gel with Selvidge’s chops.

But musical proficiency doesn’t always equal musical greatness. Selvidge’s version of the Broadway standard “Then I’d Be Satisfied with Life” highlights his strengths and weaknesses. His guitar work is professional but uninspiring, his “Danny Boy” controlled but his impressive vibrato mannered.

“Frank’s Tune” is the best of three Selvidge originals here, all of which the songwriter explains were written underwater as he cleaned a friend’s swimming pool. Inspired by the story of a fisherman whom Selvidge met in Florida, the song’s peaceful image of dolphins grounds the tale of a man who supports his ”wife, dog and children” but gets into trouble with the law. It’s a prescient tale of Selvidge’s own fate, minus the prison stay.

After the successful residency at Tramps, a representative from Rolling Stones Records (the label the group distributed) approached Selvidge with a record deal and a generous advance. Selvidge would later say, “Tell me one act that’s ever been on Rolling Stone Records, other than the Rolling Stones, that anybody outside the music industry knows anything about.” Well, the Stones distributed Peter Tosh records, but other than that, Selvidge was right. He went home to his wife and children and worked as a carpenter.

Liner notes by Memphis music critic Bob Mehr call The Cold of the Morning “A flip-side and companion piece to the late-night chaos” of the fabled album recorded in the same Ardent Studios where Big Star made three essential albums. Selvidge went on to found the label that produced Alex Chilton’s 1980 solo album Like Flies on Sherbert, which, like Radio City and The Cold of the Morning, also boasts an Eggleston photo on its album cover. Selvidge’s career has something in common with Chilton’s: it floundered despite great press and formidable talent. Selvidge even took Chilton’s mythological arc of the failed Memphis performer one step further: unlike his better known charge, he was in full control of his gift, his contribution to the ’70s Memphis catalogue a well-crafted album without the rough edges and insanity of Third. But there’s something to be said for rough edges and insanity, and the lack thereof keeps The Cold of the Morning from greatness.