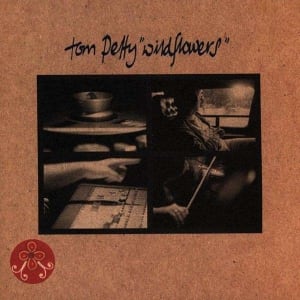 It might be hard to believe that Tom Petty was a commercial force 20 years ago. His songs not only dominated the pop charts, but his often humorous music videos were in constant rotation on tastemaker MTV. Petty and his band, the Heartbreakers, had been household names since the late ‘70s, but his commercial peak came in 1989 with Full Moon Fever, thanks to strong singles “I Won’t Back Down,” “Runnin’ Down a Dream” and “Free Fallin’,” all of which received generous play on MTV. Petty’s star only grew brighter with the popular (if middling) Into the Great Wide Open in 1991 and a triumphant 1993 greatest hits collection that featured new hit “Mary Jane’s Last Dance.” Stars like Johnny Depp and Kim Basinger turned up in his music videos. Fans expected Petty to churn out more hits a la “Mary Jane,” so the introspective and rootsy Wildflowers seemed like a step away from the spotlight.

Wildflowers arrived in November 1994, a few weeks after Jimmy Page and Robert Plant reunited for an “Unplugged” performance on MTV. Boyz II Men and R.E.M. dominated the record charts, the latter’s Monster a willfully loud statement against the quiet, lush music the band had made all decade. Grunge was still in vogue with Pearl Jam, Soundgarden, Stone Temple Pilots and Alice in Chains all selling well. Nirvana would soon shock the world with a quiet “Unplugged” performance. Working with producer Rick Rubin, Petty’s Wildflowers mimicked the about face march of both R.E.M. and Nirvana by rejecting the sound that led them to commercial success in the early ‘90s. And just like R.E.M. and Nirvana, it would also mark the end of Petty’s radio hegemony.

Recorded between 1992 and 1994 in Los Angeles, Wildflowers was Petty’s first record for Warner Bros. after leaving longtime label MCA. Although billed a solo album, his second after Full Moon Fever, all of the Heartbreakers (with the exception of Stan Lynch) appeared on Wildflowers in some capacity. Much of the album deals in themes familiar to Petty: nostalgia, regret, longing and melancholy. Lead-off track “Wildflowers,” a kissing cousin to Sting’s “Fields of Gold” (minus the schmaltz), finds Petty fondly remembering a lover. He implores her, “Run away, find you a lover/ Go away somewhere all bright and new/ I have seen no other/ Who compares with you.” Petty can’t decide to set his love free or keep her locked in memory, unable to break with the past as he sings, “You belong among the wildflowers/ You belong somewhere close to me.”

That same resolute reminiscence crops up again on “Only a Broken Heart” and “Don’t Fade on Me,” two of the quieter numbers on Wildflowers. “Here comes that feeling I’ve seen in your eyes/ Back in the old days/ Before the hard times” the former begins with a hushed acoustic guitar accompaniment. Meanwhile, Petty warns, “I remember feeling this way/ You can lose it without knowing” on “Fade.” This sadness tinges Wildflowers as self-recrimination and longing turn to flat-out despair.

Much like his work in the ‘90s with Johnny Cash, Rubin is able to bring out the best in Petty without scrubbing away the artist’s signature. Full Moon Fever and Into the Great Wide Open lived and died by Jeff Lynne’s shimmering, grandiloquent production, but that touch would have ruined Wildflowers. Rubin brings Petty back to the Byrdsian rock of his early efforts without the tinny, hollow production of the late ’70s and early ‘80s. Even the more muscular tunes, such as “Honey Bee” and “House in the Woods” feel quainter than Petty’s previous bursts of arena rock, something that suits those songs even though they could have easily soared to “American Girl” heights if Rubin allowed them.

Petty released three singles from Wildflowers, including “You Don’t Know How it Feels,” the song that hews closest to the Full Moon Fever sound. It reached the top position on Billboard’s Hot Mainstream Rock Tracks and number 13 on the Hot 100, the video raking in a MTV Video Music Award for Petty. While some of the tracks on Wildflowers avoid Petty’s dry humor, he proclaims, “Let me get to the point/ Let’s roll another joint/ And turn the radio loud/ I’m too alone to be proud,” on “You Don’t Know How it Feels,” sparking a controversy that led to a censored version appearing on MTV and the radio. Twenty years later, it seems funny that a line about sparking one up would raise eyebrows with the legalization of marijuana part of the national dialogue.

Two decades changes the impact of a record, and Wildflowers still sounds lived-in and vital. Rolling Stone ranked the album 12th in a feature on the 100 Best Albums of Nineties, calling it the “most organic, cohesive record of Petty’s career,” adding that the songs have “timeless grace” and “folky subtlety.” Although songs like “Time to Move On” and “To Find a Friend” may seem slight, the years have been kind to them as delicacies appear after numerous listens.

Petty has released five albums since Wildflowers, none of which reached the heights of his previous work. His soundtrack for She’s the One spawned the popular single “Walls (Circus)” and Echo is a fine album, but Petty hasn’t put out anything indispensable since. While he spent some of that time fighting depression and living in seclusion, Petty has remained a popular touring act, selling-out sheds and appearing during the halftime show of the 2008 Super Bowl. Subsequent Petty albums would rank higher on the charts, but they would never again match the depth and excellence of Wildflowers.