September 27, 2020
Home Books A House in the Sky: by Amanda Lindhout and Sara Corbett 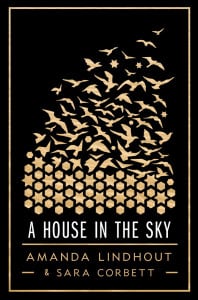 [xrr rating=4.0/5]When it comes to sensational memoirs—books chronicling headline-worthy, fiction-like experiences—there are smart and terrible methods of handling the material. Unfortunately, big stories often get terribly bungled. Brain on Fire: My Month of Madness by Susannah Calahan stretched one succinct essay into a manuscript-length project, resulting in a dull and repetitive narrative. Kidnapping victim Jaycee Dugard’s memoir, A Stolen Life, was published without the hand of an editor, a case of publishers failing to do their jobs and taking the fastest route to the bookshelf. What began as captivating stories were lost by inexperienced or misguided writers who lacked the skill to craft a full-length book, and a team with enough backbone to improve the material.

A House in the Sky was a prime candidate for the incredible life, bad memoir trope. The memoir chronicles Amanda Lindhout’s journey from free spirited young woman with a serious case of wanderlust to a Somalian captive, kept prisoner for over a year as her kidnappers held her and an ex-boyfriend travel partner for ransom. While isolated and tortured, Lindhout does everything in her power to stay sane and alive. While her conversion to Islam appeases her captors temporarily, it is her unbelievably resilient spirit and ability to empathize that truly saves her.
The memoir is written by Lindhout with co-author Sara Corbett, an experienced journalist from the New York Times Magazine. This collaboration between Lindhout’s experience and Corbett’s masterful wielding of the craft elevate A House in the Sky far beyond the sensational story it could have been. The horrors of being brutalized for over a year take a backseat to the internal agony of being alone in the darkness, unable to move, running out of thoughts to think. After being separated early on from her traveling companion, the majority of Lindhout’s contact comes from her captors, who use their religion to justify their behavior and victim-blame her for being a “bad Muslim woman.”

Still, Lindhout finds sympathy for the lost boys contracted to guard and ultimately abuse her. She describes the dreams they’re hoping the ransom money will grant them—weddings, school tuitions, new tech upgrades. She considers the poor education, often halted by extremist radicalization. In a country with such unimaginable poverty and despair, kidnapping isn’t personal, it’s business. There is much to the broken nation’s story that ultimately leads to Lindhout’s personal tragedy, and it’s a story that seems as important to tell as the personal experience itself. It’s rare to see the personal made universal in the extremely dramatic and celebrity genre of narrative nonfiction, but Lindhout and Corbett have proved a glimmering exception to the rule.

By humanizing the people of Somalia, Lindhout triumphs over their cruelty. She refuses to be dehumanized, and will not allow the behavior to be easily dismissed away as “monstrous” or “incomprehensible.” Her ability to process, understand and ultimately forgive gives A House in the Sky an outstanding power that only the best memoirs can achieve.