With St. Vincent, Annie Clark is back with an artistic vengeance and a shock of white hair. Second single, “Digital Witness,” may dip into theatrical paranoia about zombifying social media, but with Love this Giant collaborator David Byrne’s influence readily apparent in the music (backed by trumpets and a lumbering beat, the line “I want all of your mind” could’ve been pulled straight from Fear of Music) the song simply sounds fantastic. Don’t take my word for it: ask the internet.

Tobin Sprout’s jangly minor mode rocker is one of the highlights on the 70-billionth album from these shaggy grey-haired indie-rock vets. The timeless fuzz suggests the Byrds covering Patti Smith’s
“Dancing Barefoot.” But in an even more impressive feat of time travel, the band sounds just like they did 30 years ago.

Mass shootings have, unfortunately, become common in the world, a by-product of access to guns and unchecked mental illness. On his haunting new song “Prayer for Newtown,” Mark Kozelek not only evokes the memory of the kids and teachers massacred last year in Connecticut, but victims of shootings in Norway, Portland and a Colorado movie theater. “When you’re gonna get married and you’re out shopping around/ Take a moment to think about the families that lost so much in Newtown.” 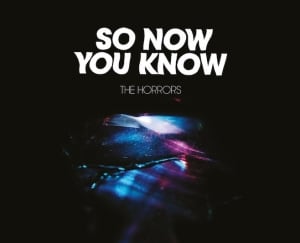 The Horrors continue dousing their sound in ’80s sheen, as evidenced by the hypnotic “So Now You Know.” A wavering synth lights the song’s moody intro, the verse propelled along by a thumping bounce reminiscent of that era’s synth-pop acts like Yazoo or Strange Advance. As “So Now You Know” explodes into the gloomy chorus, it’s suddenly easier to imagine this coming from the band that recorded Strange House and Primary Colors.

Whatever you do, don’t fall for the first 30 seconds or so of Cloud Nothings’ new tune “Psychic Trauma,” a four-chord, medium-tempo trap. Once drummer Jayson Gerycz kicks into the song’s double-time groove and vocalist Dylan Baldi ramps up the emo-ish angst, we realize that the boys are back in all their glory. If the band isn’t deceiving us with this track (“I can’t believe what you’re telling me is true,” Baldi sings), we’re in for quite a treat when the group’s next full-length drops on April 1.

For just a moment, put aside how much you love or hate Skrillex. Produced alongside up-and-comers KillaGraham and Milo & Otis, with vocals courtesy of Sam Drew, “Stranger” is unlike anything one would expect from the one-time “brostep” provocateur. Borrowing from trending garage/deep house vibes, the track arrives with a soulful languish before dropping into a moombahton-influenced dancefloor banger and back again to Drew’s dusty vocals.

Arid and dusty, indebted to the foreboding of an Ennio Morricone score, “Algiers” sees the Afghan Whigs still flouting conventions. “Say you’ll love me tonight,” Greg Dulli croons amid the full moon moodiness, leaving the listener to shudder when considering what penalties come with refusing the order. Just like a rattlesnake weaving its way through the desert sands, the tune’s venom is obvious but the sheer beauty of it also won’t let your attention veer away. 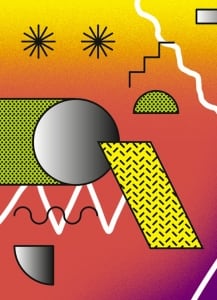 Mary Timony’s participation in post-grunge supergroup Wild Fang finally warmed the Millennials up to the news that us old fogies have known since the ’90s: this girl is a guitar goddess. Her new project Ex Hex only solidifies this truth. This is three minutes of perfectly agitated, sexually-frustrated rock topped off with Timony’s Cheap Trick-style six-string histrionics.

Unlike their more mathy peers, tricot and Elephant Gym, Indigo la End aren’t here to melt your brain, they just want you to get swept away. The Japanese band found a winning combination with a sleek guitar riff and an infectious chorus that other bands would kill for. It’s sheer guitar pop bliss.

10. Real Estate – “Only Love Can Break Your Heart”

Neil Young’s “Only Love Can Break Your Heart” is an oft-covered track that frequently serves as a canvas for a musical facelift (see Saint Etienne’s rendition). At a recent gig in Los Angeles, Real Estate attempted to actually hold true to Young’s version with a take that was so sloppy, so off-key and so ragged, there wasn’t a single moment it didn’t sound like it was heading off the rails. Which just might make it the most definitive interpretation not performed by Mr. Soul himself.