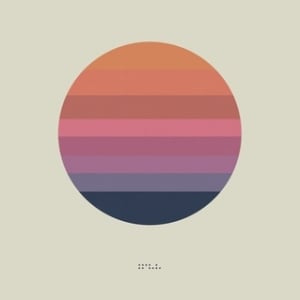 [xrr rating=3.75/5]Tycho’s latest album, Awake, is filled with mystifying soundscapes that latch onto distant melodies and beckons the listener to dig deeper into the mix. Tycho is the brainchild of Scott Hansen, a San Francisco-based artist that dabbles in all sorts of entrancing design work. Best known as ISO50 in the design world, Hansen has always been heralded for his ability to create rich, warm textures that seem to breathe life into their surroundings, whether that be through his design work or his ambient IDM musings as Tycho.

Awake marks Hansen’s first recorded effort with a three-piece band and the transition has paid off immensely. Whereas Tycho’s previous releases such as Dive and Past Is Prologue relied heavily on the stutter-steps and electronic based instrumentation, Awake’s vibrant dynamism is brought to the forefront by live drumming, guitar and bass. While Hansen dabbled in guitar work on his previous efforts, none have gone as all-out as Awake. From the opening notes of the titular track, Awake grasps your attention with delayed guitar lines off in the horizon, gliding smoothly over crisp drumbeats and sly bass lines.

Most importantly, Awake is a fully realized album, one that’s meant to be consumed as a whole rather than in disparate parts. Sure you can sit down and soak in tracks like “L,” “Apogee” or “Montana” on their own, but they’ll feel a bit disjointed, as if you’ve just watched your favorite scene from a movie without screening the whole thing. There’s a strong sense of unity on Awake that both helps and harms it. It’s a double-edged sword really, as you can become completely immersed in this album thanks to densely packed tracks, but sometimes it feels a bit hard to pull away from.

Awake is a deep chasm the listener can explore, one that stands comfortably between Boards of Canada and Explosions in the Sky. There’s a lot of well-defined melodies to grab on to throughout the album, but there’s just as many fleeting musical moments that you wish the band would have dug a bit deeper into. There are a lot of musical ideas packed into a relatively short amount of time. Sometimes repetition is crucial in expansive music like this—it helps build a semblance of foundation for these reeling orchestrations—but it feels a bit lacking on Awake, like they’re toying with the listener by peering into the abyss but never really jumping in.