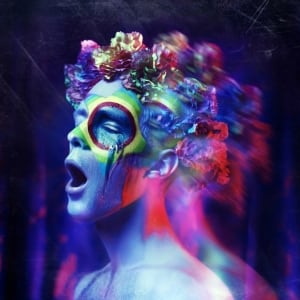 [xrr rating=3.0/5]Former Tough Alliance member Eric Berglund’s second solo record as CEO, Wonderland, opens with a sample from the 2010 documentary Feathered Cocaine before the rest of giddy pop candy “Whorehouse” rushes in. One of the album’s best songs, “Whorehouse” also suggests Wonderland will be a cheery record, far brighter, jaunty and pop-fueled than the vibrantly detailed electronic music that follows. As on 2010’s White Magic, some of these tracks share quick tempos and bombastic rhythms with dance music, but Berglund’s newest compositions are often far too dense for Wonderland to resemble anything so functional in its ambitions. Instead, it makes for an immersive listen, one where Berglund explores the capabilities of his sugary production with his most eclectic and singular effort to date.

Wonderland continues to define Berglund’s trademark compositional style that incorporates sounds and ideas from a wide variety of electronic music. His often simple melodies frame richly textural arrangements that stun as much as they do confuse: sampled vocal noise layered over popping Balearic beats, Technicolor jungle rhythms competing with dreamy synths, lush pop instrumentation chopped and screwed like taffy. “Harakiri” spins out a glowing synth melody while voices whoop in the aether, Berglund’s vocals pitched into a cartoon serenade over dreamy contemplation. “Mirage” pairs a nocturnal atmosphere with a rigid, round beat, Berglund’s voice rising as he sings, “When you see love, I see a mirage!“. The title track’s exotic clatter combines some perversely mutated folk dance with glitchy details, eventually packing in a supercharged synth part that sounds like the stuff of ’90s exercise videos, and flows gracefully into a hypnotic round by the time the song wraps up.

Closer “OMG” takes that maximalism a step further, bluesy backing vocals juxtaposed with every kind of heavenly sparkle, a thumping beat and a gigantic witch house styled middle section. Berglund densely packs his ideas into the album’s 33 minute runtime, so Wonderland feels like its drifting even as the songs themselves narrow in on the most precise of sounds. Fortunately, the shock of taking it all in doesn’t alter the effect of the weird alchemy Berglund manages to create; Wonderland actually benefits from the nagging, unnerving feeling it inspires.

Excluding the show-stealing “OMG”, things lag after that opening salvo as Wonderland offers up a few instrumental tracks. While Burglund still works in the requisite (and similarly inventive) hooks, they’re far less energetic, and the pleasing interludes that make up “In a Bubble On a Stream,” “Juju” and “Ultrakaos” aren’t nearly as engaging as the vibrant collages that make up the album’s eccentric pop cuts. Still, this second CEO record focuses more heavily on creating atmosphere and mood than its chaotic predecessor, and these mid-album lulls represent a logical alternative to that charged spontaneity. While Berglund’s music often prioritizes colorful experimentation on a micro scale, Wonderland makes a successful effort to arrange all those ideas together.