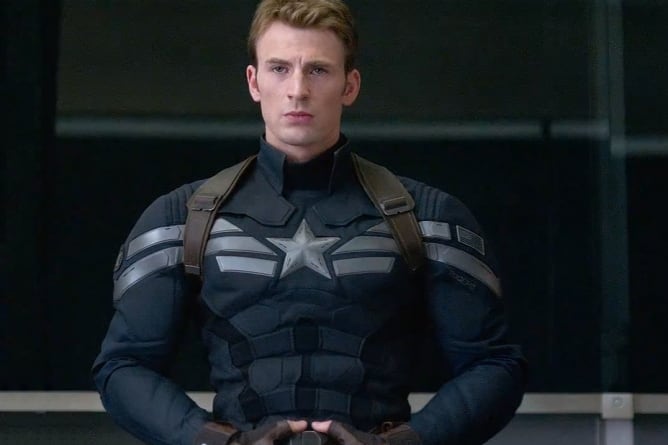 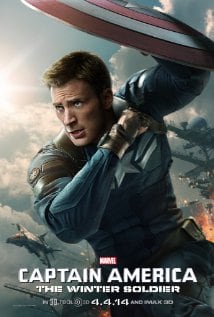 We’re now waist deep in Phase 2 of Marvel’s plunge into the cinematic arena. Iron Man has three solo films under his…whatever he uses for a belt and Thor has two. Only the poor, misunderstood Hulk is being left out as our nation’s favorite unfrozen super-soldier (Chris Evans) returns for Captain America: The Winter Soldier. But Cap’s got a problem of his own: he’s deeply uncool. Iron Man blew up in popularity in both theaters and comic books due to Robert Downey Jr’s smartass charm, and Thor at least satisfied our eternal craving to see dudes get hit with a giant hammer. But Captain America’s jingoistic origin as World War II propaganda doesn’t fit easily with modern conceptions of patriotism and warfare; even his 1960s revival by Stan Lee and Jack Kirby is farther in the past now than it was from WWII. So how does Steve Rogers fit in a world where everything he stood for is now, if not irrelevant, at least outdated?

The Winter Soldier wisely chooses to engage with this head on, rather than skirt around the issue. Following the events of The Avengers (which are less prominently referenced than in either Iron Man 3 or Thor: The Dark World), Rogers is working black ops for S.H.I.E.L.D, now clad in a black and gray version of his iconic star spangled uniform. The nature of S.H.I.E.L.D’s plots within plots doesn’t sit well with a man defined by his honesty, nor does taking orders from a man equally as defined by his secrecy, Nick Fury (Samuel L. Jackson). Despite his partnership with Black Widow (Scarlett Johansson), Rogers swiftly finds himself with no one to trust in a murky conspiracy, one with roots in his old nemesis Hydra. After an attack on Fury, Alexander Pierce (Robert Redford) takes over S.H.I.E.L.D, and the titular Winter Soldier (Sebastian Stan), a mysterious, long-lived counter-intelligence agent, shows up, as does an ex-pararescuer named Sam Wilson (Anthony Mackie). In short, there’s a lot going on.

If there was a Marvel movie yet that needs a spoiler-free zone, it would be this one. Although the movie shifts into action from the first few minutes, the tone of The Winter Soldier is significantly changed from The First Avenger. While the latter was all about straightforward combat against the forces of evil, embodied by a rogue Nazi group, The Winter Soldier is a government conspiracy thriller. It’s not an accident that a shot of Rogers’ civilian apartment prominently features copies of Catcher in the Rye and All the President’s Men (which, natch, starred Redford). But while it initially looks as though the movie is going to delve into the ambiguity of modern warfare and politics, it quickly shifts back into good guys vs. bad guys. It’s disappointing primarily because there’s so much potential for the most unambiguously noble hero of them all to be in a situation with no true right or wrong, but ends up telling the same tale.

Fortunately, directors Anthony and Joe Russo make The Winter Soldier worth watching on multiple other levels. This might be the Marvel movie with the highest ratio of references to runtime yet, with appearances by deep-cut characters Batroc the Leaper (Georges St-Pierre) and Crossbones (Frank Grillo); it’s fitting, considering the Russo brothers are currently best known for their work on the pop culture blender known as the TV show “Community.” Despite their relative lack of experience helming a film the size of The Winter Soldier (their last directorial credit being 2006’s You, Me and Dupree), they prove excellent at putting together action sequences. The frequent fight scenes are some of the best yet seen in Marvel films, in particular Cap’s use of his iconic shield as both an offensive and defensive weapon; it is also noticeably the most violent, with probably the highest body count.

As an action film with tinges of the kind of paranoid thrillers that defined the 1970s, The Winter Soldier works well enough. But at this point, Marvel movies can’t simply do “well enough.” The bar set by The Avengers for a comprehensive, growing universe is too high for there not be significant growth in its characters, and Rogers begins this movie a noble hero willing to give his all and ends the same. While the plot of the movie promises to have far-reaching effects on the Marvel Cinematic Universe as a whole (possibly the most of any solo movie yet), it doesn’t actually change much about Cap himself.