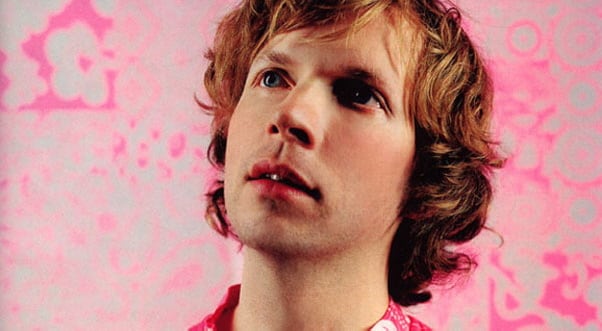 I had a waffle in my purse this morning and it kind of felt like a Beck lyric come to life. Yep, he’s back, and with a new album to boot. The release of Morning Phase has inspired some of the Spectrum Culture staff to revisit his back catalog and reminisce on some of our favorite tracks. From wacky to somber to enigmatic and back again, it becomes ever clearer that he’s not just some exceptionally gifted metaphor machine, he’s a poet of the people.

Where It’s At (Odelay)

Remember when Beck was cool and no one was cooler? Working with the Dust Brothers, “Where It’s At” rivals “Loser” for the honor of being Beck’s signature song. And those cool, funny samples; many of them were pulled from a sex education album that shares a similar title to Beck’s song. That’s beautiful, Dad! – David Harris

This song is all chaos and control. Beck is fierce with his distorted spoken word/rap performance, this is him Godzilla-stomping the city. But there’s beauty in the wreckage – “Novacane” is my favorite display of Beck’s ability splice bits of sound together, and here we have a song parsed up into several dramatic acts. The ‘70s TV action scene break to the stuttering squally siren to the lazy harmonica blows to the interlude of what sounds like a melody of dial tones: “Expressway… EXPLODE.” It’s modern living. – Stacey Pavlick

On paper “Sexx Laws” shouldn’t work. A big R&B number with Beck yelling out lines like “Neptune’s lips taste like fermented wine” No. But of course Beck pulls it off and it only gets weirder (and better) when the outro introduces a banjo and a slide guitar dueling over the soulful background. – Nathan Stevens

While it may be common knowledge that “Winos throwing Frisbees at the sun” will inevitably lead to one “running like a flaming pig,” it’s always a joy to hear Beck remind us. While the overexposed “Loser” may contain the most surrealist imagery on 1994’s Mellow Gold, “Beercan,” the catchy bass-groove ode to getting juiced up beyond belief, showed that a young Beck had more tricks (and not just telephone bills) up his sleeve. With plenty of samples and turntable mastery thrown in for good measure, “Beercan” is sure to make you shake your boots. – Josh Goller

Nobody’s Fault But My Own (Mutations)

Remember when Beck got all somber and serious and shit (for the first time)? Beck sure can produce some beautiful music when he’s bummed out, the biggest knock against him being that his songs are often soulless. But just take one listen to his gravel-voice and that sitar and you’ll see the new side of Beck the world saw back in ’99, and you will feel some soul. You know the song’s mopey if Marianne Faithfull covered it. – David Harris

I don’t think there’s a sadder, more moving song in Beck’s catalog than this one. The swelling between major and minor, the smearing of the strings – “Lonesome Tears” climbs and falls in a way that is so, so crushing. A pattern of string bowing arches upward and upward over the final wordless minute, and it’s the perfect expression of watching something drift farther and farther away from you, powerless to reel it back. – Stacey Pavlick

Using only a Gameboy, Beck turns one of his biggest hits into a digitized joyride. Nerdy as hell? Absolutely, but it’s also one of Beck’s most blissed out moments. – Nathan Stevens

You won’t find more swagger in a Beck song than you will in the funky groove of The Information’s first single, “Nausea.” Crafted to sound (as the artist describes it) like “the Stooges in South America,” this single is pumped full of inventive percussion and rumbling bass. Accessible and infectious, “Nausea” goes down easy. – Josh Goller

Remember when Beck shook off his malaise and tried to record a Prince record? “Nicotine & Gravy” is filled with some of the best non-sequiturs from a guy who built a career in mixing his metaphors. “Her left eye is lazy/ She looks so Israeli/ Nicotine and gravy.” I don’t want to die tonight, either. – David Harris

This 6/8 swinger steps out with acoustic guitar and the flicker of castanets, a loose timpani sound buoying the melody up from the bottom. Amongst all of the word debris – this song meditating on matrons and gigolos, slaves and syphilis patients – there is a message of lucidity and insight: “Fear has a glare/ Traps you like searchlights.” No sooner is this truth spoken than he’s back to fetishizing over vibrating robots. Sounds about right. – Stacey Pavlick

“Qué Onda Guero” translates into “What’s up, blond boy?” and it fits pretty perfectly. With help from the Dust Brothers, Beck raps in Spanglish while riding a hip-hop beat. It’s a neat picture of Beck’s hometown, L.A, in sonic form. – Nathan Stevens

If you’re feeling wistful or just plain mopey about a lost love, there are few better tracks to cue up than “Lost Cause.” With the entirety of Sea Change showcasing Beck’s sensitive side, coming as it did on the heels of a devastating breakup, this song cuts particularly deep. Floating along on gorgeous acoustic plucking and tender, almost trembling vocals, “Lost Cause” is the must-listen even if you’re not feeling sorry for yourself. – Josh Goller