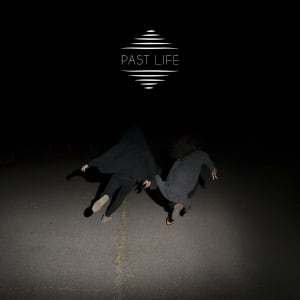 [xrr rating=3.0/5]Past Life is a very different record from its predecessor. North Carolina chamber folk outfit, Lost In The Trees, have up to this point been characterized by frontman Ari Picker’s soaring tenor backed by strings big enough in their arrangements to warrant the outfit the term “orchestral” despite the group’s personnel consistently hovering around six members. Their debut was at times a stilted excise in art gallery folk music, while their masterful sophomore release, A Church That Fits Our Needs, was grand and transcendent with the contrast of big and small working to underscore the wrenching emotions of loss that lay at the center of that album.

Past Life is the band’s third record and it sees Lost In The Tree’s downsizing to just four musicians, effectively exorcising “orchestral” from their many descriptors. Instead the group have made a similar jump to electronics layden indie rock that Arcade Fire made with their last two LPs. They’ve also hired indie friendly producer Nicolas Vernhes who’s worked with indie rock heavyweights such as Deerhunter and Dirty Projectors. As a result there’s a slickness to Past Life that’s new for Lost In The Trees, but fits the band’s new direction, landing somewhere between the aforementioned Arcade Fire and Grizzly Bear in the process. The absence of strings will be an adjustment for anyone familiar with the band, but the newly minted quartet version of Lost In The Trees maintains some of the emotional heft present on previous records.

The more polished sound is made apparent immediately on album opener, “Excos,” starting strong with Emma Nadeau’s operatic soprano. Like much of the album, the track is driven by light-touch piano playing while bass and guitar toil softly like spindly threads beneath. Subtle synths and woodwinds play a role as well, but mostly to accentuate rather than to provide the hooks themselves. There’s a spaciousness that pervades the album’s entirety like a soft gust of dusky air, giving the group a modern, slightly antiseptic edge that’s decidedly striking in its electronic music influences yet renders Lost In The Trees a tad generic for Past Life’s simultaneous lack of emotional intimacy and grandiosity. Or it would if not for Ari Picker’s sensuous, captivating vocals. At the center of a song like “Daunting Friend” or “Rites” songs perfectly primed for a rousing performance on late night television, Picker is still able to lend them a depth, reality, and genuine beauty that would be otherwise missing without him.

But not every song manages to stick out like the majority of tracks from the group’s previous album. Past Life is a record certainly worth getting lost in and spending time with, but there’s not enough variation in its ten tracks to give it a distinctive or identifiable arc. Which is really the worst thing you can say about the record. It’s hard not to wonder if the band can ever retain any of the magic of previous material as a more traditional indie folk/rock outfit, but it’s quite possible A Church That Fits Our Needs was a once in a lifetime kind of album anyway. Past Life is a step back into less ambitious territory, but it certainly has its own worthwhile pleasures to offer.