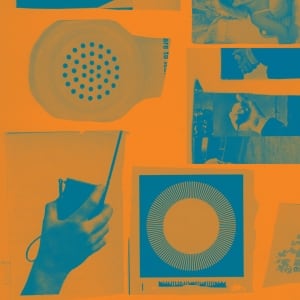 [xrr rating=3.25/5]On the 2002 masterpiece Neon Golden, and on the first half of 2008’s The Devil, You + Me, German indie-rock quartet the Notwist struck the perfect balance between experimentalism and classicism, between acoustic sounds and electronica, between complex ideas and sing-along simplicity. It required little stretch of the imagination to call Neon Golden the German Kid A, an edgy, nebulously avant-garde work injected with a dose of pop accessibility.

Given the band’s history of switching from genre to genre like a young traveler with a Europass moving between countries (the group started as a hardcore punk outfit), it’s easy to understand how an album like Close to the Glass, the group’s eighth LP overall and their debut on the Sub Pop label, could be produced. This is a record without a real identity or overarching artistic vision. It sounds a lot like an “outtakes” album, with bits of both acoustic-oriented and electronic tunes thrown together. About half of the songs, mostly from the front half of the record, thrillingly capture the adventurous Notwist spirit of the group’s golden age. The other half is worth a listen or two, but isn’t likely to stick with the listener very long.

The third track and second single “Kong,” an uber-melodic bit of guitar and synth-driven rock ‘n’ roll, is the album standout. Lead singer Markus Acher sings about a flood with a sense of calm urgency: “The rain it wouldn’t stop/ The water filled the room and the house got swept away.” Not content to write a straightforward pop song, Acher and company inject the tune’s instrumental sections with dissonant distortion and weird blips and beeps, as if to invoke the destructive flood that is to come.

Acoustic ballad “Casino” opens with the emotional lyric, “After a life in a casino/ We know that gambling is a joke/ To say that I’m not here for the money/ Is just another word for ‘broke’.” Acher’s stoic, deadpan voice sounds particularly broken when he sings, “There’s something wrong with me.” This sense of desperation, in fact, characterizes the first couple cuts on the record. “Singular” is a jagged, angular trip through electronic minimalism, one that gets the album off to a rather disorienting start. Similarly, lead single “Close to the Glass” is decidedly non-catchy, with its asymmetrical hand claps, rumbling synth parts and psychedelic vocal manipulation.

If the sense of experimentalism is pleasantly playful on the record’s first half, it’s all a bit too much on the second half. “Run, Run, Run” sounds like a variation on a Velvet Underground tune, but the repetition becomes annoying after a while, and it becomes clear that the song has little to offer in the way of substance. Similarly, “7-Hour Drive” starts like an outtake from last year’s My Bloody Valentine comeback record, with some shoegazey guitars, only to devolve into a repetitive tune that lacks the audio fidelity and melodic inventiveness of Kevin Shields.

The most egregious example of the B-side’s excesses, though, comes through “Lineri,” a nine-minute instrumental piece that is one part melody and nine parts sound collage. Rather than impressing the listener with a sense of avant-garde playfulness, the track is mind-numbing with its repetition of ugly sounds. The lack of direction and purpose inherent in this track is enough to make many listeners shut off the record before it reaches its conclusion. Those who can’t make it to the end—which is perfectly understandable—would be advised to start Close to the Glass again from the top. The record’s first half is made by a creative, emotive group of artists that is worlds ahead of the pretentious band heard on the second half.