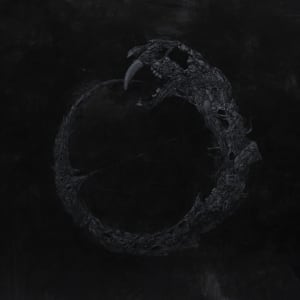 [xrr rating=3.75/5]It’s easy to get hung up on the gleeful putridity of Coffinworm. The Indianapolis blackened doom outfit are happy to wallow in the festering pits of humanity’s darker more sociopathic corners of existence. Or so they’d have you believe. “Nihilism” is a word that gets thrown the band’s way regularly, and a descriptor they seem happy to adopt themselves. But in Coffinworm’s case, as with many other metal acts that like to lean on “nihilism” as a label, the word seems to be code for misanthropic power fantasy rather than the absence of anything. The band’s 2010 Profound Lore debut, When All Became None, was littered with song titles like “Strip Nude For Your Killer,” “Spitting Into Infinity’s Asshole” and “High On The Reek Of Your Burning Remains.” They’re a little groan inducing, to say the least, and those titles conjure images of the kind of smile that desires to be shocking without realizing its merely exulting in age old tropes of violent masculinity. Nihilism is probably a stretch.

Luckily, when the music starts Coffinworm makes a lot more sense. The group spins pitch black atmospheres filled with brittle feedback and compressed, throat-shredding vocals, leaping from sludge-y mid-tempo gallops to landslide blackened blast beats to battered doom crawls. The group’s newest full-length for Profound Lore, IV.I.VIII, is a measurable step forward from When All Became None (they also tone down the song titles a bit), adding depth and heft to a similarly noised up (as in noise™, not just noisy) form of doom with crusty, filthy black metal atmospherics. The songs here retain an energy and fullness lacking on previous efforts, not to mention some truly ambitious and surprising songwriting.

Opener “Sympathectomy,” is all over the place while maintaining laser focus, filling its 7 minutes with layered, more-subtle-than-they-have-to-be guitar arrangements and electronics, all the while jumping from brutalizing blast beats and straight up d-beat to breathless doom tempos while the vocals weave between death growls and lacerating upper octave screams. “Sympathectomy” is indicative of the remainder IV.I.VIII. “Black Tears” is another standout, stewing in a broth of grimy distortion and metallic acoustic guitars before kicking things into a mid-tempo gate, finally slamming back down for a massive slowed, skeleton-rattling outro. Perhaps the record’s most memorable moment comes on “Of Eating Disorders and Restraining Orders,” when the band comes to a halt, some droning electronics and woody ping-ponging percussion taking over to create a hollow atmosphere, before the band rides back in to pull the track further down.

IV.I.VIII cements Coffinworm as one of the more inventive outfits in the field of contemporary blackened doom that includes bands like Primitive Man, Atriarch, and Bereft. Coffinworm is surely the darkest and most explicitly vile of the bunch, but they might be the most interesting musically as well. IV.I.VIII is the sound of a band growing leaps and bounds. Sure, it took four years for Coffinworm to deliver six more tracks, but it’s obvious the time was well spent.