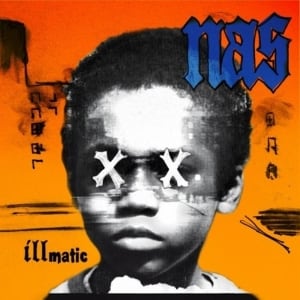 So many great albums across a wide spectrum of genres turn 20 this year, but of all the records celebrating their platinum anniversary, few are more classic, or as great, as Nas’s debut, Illmatic. Its titanic influence guarantees a host of retrospective reviews this year, but its undiluted immediacy renders nostalgic pieces redundant. If the “Holy Hell!” sentiment that gives this series its title refers to the disbelief that it has been so long since an album of our youth came out and a reminder that we must all grow old, any surprise at Illmatic’s age stems entirely from the shock that an album that still sounds so fresh has been sitting on shelves for two decades.

So direct is the album that, upon my re-listening of it with the initial plans to offer a more objective overview of its history and impact, I instead fell back into its impossibly knotty rhyming schemes, the specificity of its vantage point and the universality of its listening experience. Illmatic is the sort of work that can be impossible to write about or can inspire an entire book devoted to its construction. Cherry-picking favorite lyrics or the defter turns of phrase is a fool’s errand: Nas crafts such dense rhymes that the full genius of any given line only makes sense in view of the full verse, and his laid-back, almost casually observant tone only adds to the tossed-off brilliance of his writing.

Nas’s flow, above everything else, may be the defining element of the album. Critics and commentators tend to parse hip-hop lyrics as if they were confessions, taking any description of unsavory behavior or undesirable aspiration as fact. That practice only begrudgingly allows for consideration that a rapper might be indulging in escapism, artistic license or, God forbid, humor, and it is wrapped up in all kinds of racist baggage that regularly casts hip-hop as morally inferior in the guise of critiquing its artistic shortcomings. In Nas’s case, however, it’s hard not to view his cool, detached delivery as verité-like. Compared to, say, the blunt-force confrontation of Ice Cube’s tone, or B.I.G.’s sardonic humor, Nas comes off like a reporter even when indulging in tales of violence and youthful boasting.

That style also gives Illmatic a foreboding atmosphere that suggests deep wisdom from a man not yet of legal drinking age at the time of the album’s release. “Life’s a Bitch” is the record’s most accessible track, yet its defiance is filtered through a sense of fatalism that affects even AZ, the album’s only vocal guest. A West Coast version of the same song might have been spiked with aggressive production and delivered by a rapper who practically begged for death, but when Nas comes in on the second verse with “I woke up early on my born day/ I’m 20, it’s a blessing,” he expresses something closer to ragged relief. That intensely personal orientation gives his rhymes, which cite material goods and social violence more than the hosannas for the album’s lyrical singularity acknowledge—a specificity that, through their impressionistic, detailed rendering, feels more connecting and inviting. Nas’s debut is steeped in hip-hop history, yet the first thing that comes to mind when I listen to it is James Joyce’s Ulysses, another work so resolutely of the first person that an experience beyond the ken of most of its readers and listeners—pre-Partition, hyper-Catholic Ireland, racially segregated and run-down public housing in Queens—is made relatable. Nas acts like a Virgil, leading the listener through a world unknown and terrifying to those who have never lived it, but his calm, somber delivery foregrounds this world as the simple reality of many people, not to be shied away from but to be seen honestly.

Bolstering Nas’s flow is the production, in which some of the hottest names ever to sit behind a board not only lay down beats for Nas but provide a perfect sonic palette for his put-out yet poetic verses, as well as his musical connection to his roots. Main Source’s “Live at the Barbeque,” which contains Nas’s first recorded verse, is laid under prologue “The Genesis,” while Main Source producer Large Professor contributes throughout. True to his penchant for deep-background jazz samples, DJ Premier pulls the left-hand piano part from Joe Chambers’s “Mind Rain” for “N.Y. State of Mind”’s lurching low-end, tying Nas to a larger legacy of black music in New York while also warping the sample into something sinister to better match with the grim lyrics. Similarly, Pete Rock uses Ahmad Jamal, in part, to suck out all but the faintest thread of optimism from “The World Is Yours.” Even the xylophone Q-Tip pulls for “One Love” adds tension, its spaced plunking reflective of both Nas’s youth and a skeletal, unexpectedly menacing beat.

By this point, Illmatic’s legacy has been as thoroughly picked apart and lionized as the album’s contents themselves, if not more so. Credited as the driving factor in East Coast’s resurrection, and even as the moment that made rap poetic again, the album continues to exert such an influence in its wake that there is even an article that acknowledges Illmatic as a masterpiece while alleging that it “ruined hip-hop” for unleashing the modern producer-rapper relationship of artists culling from any and all producers for their beats instead of sticking to one person or crew on the same wavelength. That article mistakes correlation for causation, however. It also leaves out the ambition of producers gradually realizing their marketability, the renewed role of the producer as a beat-maker as copyright lawsuits reshaped hip-hop’s musical foundation and the increased ease of long-distance collaboration in the 21st century. Besides, if Illmatic had truly set the precedent for multiple producers on one album, perhaps it might have held such collaborations to a higher standard, given how everyone behind the boards reacts to Nas and lets him guide them.

Perhaps Illmatic’s most enduring facet is its subtly woven narrative, done without the aid of skits or characters. Illmatic begins with a young man, literally unaware of how to get going in a studio, humbly admitting “I don’t know how to start this shit.” It ends with him proclaiming, “My poetry’s deep, I never fail/ Nas’s raps should be locked in a cell.” This is no mere introduction for an up-and-comer, it is a meteoric rise packed into 10 tracks. Nas enters the room, then lets everyone know he’s the greatest. Everything like it since—from Biggie arriving ready for death or Kanye closing up The College Dropout with an extended rant that cites itself as proof to all those who doubted him—starts here. Is it any wonder its maker never topped his quintessential debut?