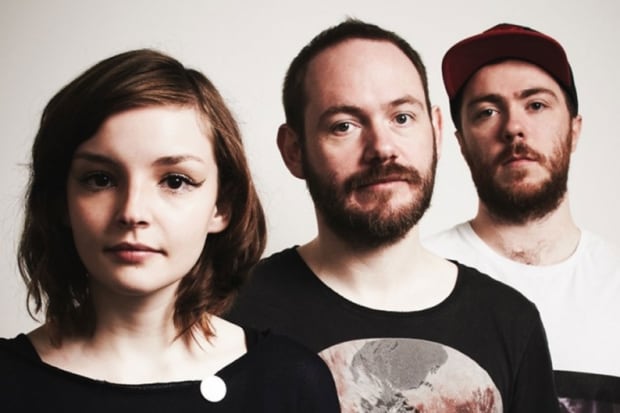 A band touring on its first album doesn’t have the same bag of tricks that a veteran group brings to a live show. Sure, a new band can be dangerous and enthralling but without a deep catalog it is impossible to bring the “what are they going to play next” anticipation that a band with 20 albums can rely on.

Kicking off a North American tour, which includes dates at Coachella, Chvrches made the most of having only one album, giving an invigorating concert at Portland’s Crystal Ballroom that may have lacked in surprise but more than satisfied with charm, proving that the Scottish trio didn’t need more than one record to put on a memorable show.

Fronted by vocalist Lauren Mayberry, Chvrches played a 75-minute set that spanned the entirety of its debut record, The Bones of What You Believe. As the crowd danced and sang along, Mayberry, along with multi-instrumentalist Ian Cook and keyboardist/singer Martin Doherty, made good on the buzz that surrounded on Chvrches’ meteoric rise from buzz band to selling out one of Portland’s biggest rooms just a few months after its first record dropped.

Kicking off the concert with “We Sink,” Chvrches clamped down with its infectious melodies and buoyant beats, warm and inviting despite the glacial synths rounding out its sound. Cutting through the iciness were Mayberry’s vocals, just as chirpy as on record, yet the key ingredient to the success of Chvrches’ sound. Mayberry makes her lovelorn lyrics sound emotionally real, ranging from that thorn in your side earworm from “We Sink” to the disquiet, “All the things you tell yourself offer no resolution” from “Lungs.”

I often gripe about the sound at the Crystal Ballroom, but the lack of a live drummer kept the sonics sharp, making for a clear concert. Chvrches also brought the heat with a kicking light show which flanked a front and center Mayberry as each of her cohorts stood just next to her.

Rather than let the music speak for itself, Mayberry paused the show to express her love for Portland. We were having a sunny day and Doherty took a moment to gape about the “big fookin’ mountain” that looms over our city. Some of Mayberry’s banter was swallowed up by the cavernous Crystal Ballroom and the non-stop chatter of the crowd, but it was only a few brief moments before the band started up again.

Chvrches ended the first set with a gripping version of “The Mother We Share,” the leading track from The Bones of What You Believe before coming back for a two-song encore that finished with “By the Throat.” The show may have been a little brief, I was waiting for a cover song to appear as set list padding, but Chvrches cast their spell, holding us in their charm, making it hard to believe it wasn’t even 10:30pm when the lights came back on.