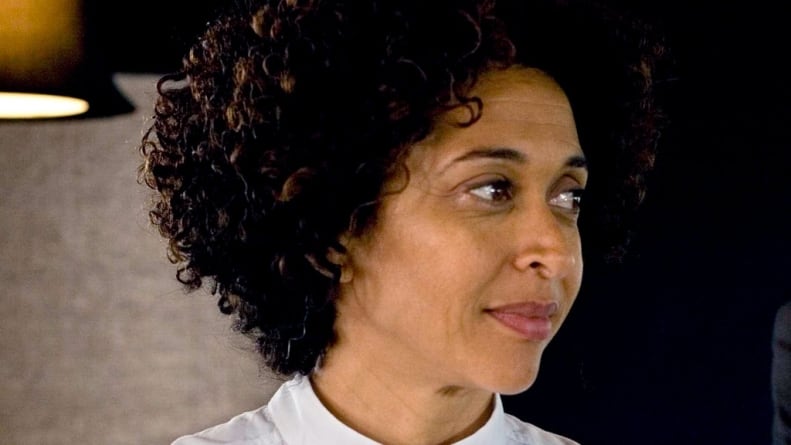 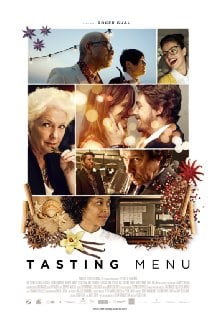 There was a point in Tasting Menu that almost made me lose my mind. For the first 15 or so minutes of Roger Gual’s new film, almost nothing happens except the introduction of new characters, usually in pairs or trios. Except for the knowledge that one of them was a world-famous chef (Vicenta N’Dongo) planning to shut down her restaurant at the height of its success, I couldn’t make heads or tails of who was who or what their relationships were or even why there appeared to be at least eight different primary characters in a movie about a fancy dinner. Then, a few minutes later, an additional three characters suddenly appear on the scene and I actually wondered aloud, by myself, “Wait, why are they still adding people? This movie is 20 minutes in!”

Tasting Menu doesn’t get any less confusing as it goes on. Although a more generous person could theoretically classify it as a farce, in that it depends on extremely unlikely coincidences and an ensemble cast, it’s really more like the European equivalent of a terrible latter-day Garry Marshall movie. Much like Valentine’s Day or New Year’s Eve, it relies on interweaving, incomprehensible plots and glamorous faces more than anything like logic or character development. Many of the actors in the film might not be instantly recognizable to audiences outside of Spain, but there’s a consistent feeling each time the next beautiful actress appears that we are expected to gasp. It’s pretty telling that one of the first people introduced is Santi Millán, a television talk show host playing himself.

But past all those glaring flaws (which is also pretty generous), Tasting Menu has an enormous problem: it gives us no reason to care about its players. Gual basically shoves the characters into the restaurant, gives them each about two lines worth of background (ranging from Famous Author, Sensitive Doctor, Old Woman to Jerk Who Kind of Looks Like George Clooney), and then assumes we will care about them. It’s a sin as old as bad movies themselves. Just because Sensitive Doctor (Jan Cornet) and Famous Author (Claudia Bassols) are estranged exes reunited for a dinner doesn’t mean we care anything about them, and why should we? We know nothing of their characters and less about what caused their marriage to fail. All we know is that they’re photogenic.

It would be nice to end this review on a positive note, something about how at least it’s shot gorgeously or the food looks amazing. But the truth is that for a movie set in a world-famous restaurant so exclusive that it is impossible for even national celebrities to get a table (except when it is convenient for the story), there’s very little seen of these dishes; they get less screen time than two Japanese investors who probably have about 20 lines of dialogue between them. And while most of the players are unrealistically attractive, the whole thing is shot in an irritatingly unsteady, handheld style that makes it look like everyone is constantly being circled by cameramen for no good reason. Have I mentioned that the climax of this movie involves a shipwreck? Again, this is a movie set in a restaurant and the climax is a g-damn shipwreck. Yeah, Tasting Menu is a terrible movie.