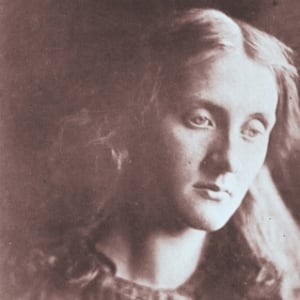 [xrr rating=4.25/5]Thou isn’t your average doom metal band. Sure, the five-piece reigns from Louisiana, a state responsible for some of doom and sludge’s premier acts, but southern metal Thou is most certainly not. Even on the surface, the five dudes that make up the band wouldn’t be out of place playing in a myriad of genres of music. The group has aligned themselves with more experimental-minded acts like The Body (with whom they recently recorded a solid four-track EP), which fits Thou’s more musically and thematically heady disposition. Not to mention, in recent months the band seems to have made it their mission to reinterpret Nirvana’s catalog with a handful of stellar covers.

The group’s newest LP, and fourth overall, Heathen, only further separates them from the pack. In a lot of ways Heathen picks up where Thou’s excellent 2010 full-length, Summit, left off, toiling in lengthy, feedback-heavy dirges with vocalist Bryan Funck’s blackened howls working as a violent (in)human contrast to the naturalistic funereal marches at his back. The band’s growth and level of ambition, however, albeit incremental, is still kind of stunning. The average song-length has jumped up about a minute, with the longest track clocking in at just under 15 minutes. The arrangement’s and songwriting are that much more intricate as well. And there’s a bodily foundation and immediacy to Heathen that was missing on previous material.

Album opener, “Free Will,” begins with some Godspeed You! Black Emperor-esque guitar chords, mournful, distorted notes seemingly ringing out over an abandoned landscape. The track is slow to build, the band layering melodic guitar phrases over a rumbling underbelly. When the vocals enter, delivering a philosophically-minded, throat-shredding sermin, the guitars and drums start to drive upward without changing the tempo. The track encapsulates everything that makes Thou compelling. The band maintains a steady pace, but they pack such subtlety and gentility into the playing so as to make the track feel like it’s slowly and constantly changing shape. Each member provides a separate piece of the puzzle, but the band works as a whole, carefully pushing and pulling at a track’s intensity without explicitly doing so. There’s a holistic, long-game approach at work not immediately perceivable to the listener even if its effect is.

Thou mixes softer passages into the record such as the folky interlude “Dawn” and Heathen is laced with its fair share of melodic and atmospheric post-rock touchstones, giving the record significant depth without resorting to melodrama. Most of the album moves at a uniform speed with little passages here and there jumping out like minor epiphanies. The mid-section of “At The Foot of Mt. Driskill” is a spindly mix of booming toms, icily plucked single notes, and glacial drones slowly dissolving into dust before the band kicks back into gear again. The record’s most memorable moment comes on “Immorality Dictates” as some clean vocals provided by Emily McWilliams stir up the ashen atmosphere with cleareyed beauty.

There’s no doubt Heathen is one of 2014’s strongest metal records thus far. It’s thoughtful and meditative, atmospheric and apocalyptic, tumultuous and serene, beautiful and ugly and there’s nothing else quite like it. Thou is working in a realm of their own at the moment and Heathen is a masterstroke.

[xrr rating=3.75/5]It’s easy to get hung up on the gleeful putridity of Coffinworm. The In…