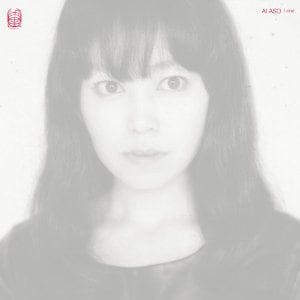 [xrr rating=3.0/5]It’s a bold statement of purpose to begin your new album with a song called “Agenda.” But the musical statement that launches Ai Aso’s new album Lone is fragile, ethereal and ephemeral. Aso plays her own accompaniment, alternating spare acoustic guitar and minimal keyboards in support of whispering vocals. Her delicate pipes are those of an avant-garde Blossom Dearie or Astrud Gilberto, her musical experimentation an exercise to strip music of everything inessential, like a sculptor taking a look at a rough stone and proceeding to remove everything that isn’t Vic Tayback.

After a few tracks of spare, haunting guitar and vocals, “Most Children Do” varies the instrumentation, led by an otherworldly keyboard whose high, vibrating pitch suggests an alien gospel service. Aso first covered the Fallen Angels’ summer of love psychedelic folk song on her 2004 album Lavender Edition, and this live version is even more spare than that austere electronic track. Lone at times sounds so slight it could float away on a light breeze. There’s great beauty in Lone, but at times its pleasures seem like a decorative aural lullaby. But “Date” comes off like a lost synth-pop classic, its spare riff a Young Marble Giants track on Quaaludes with Aso’s vocals floating above a shimmering organ texture.

Movie theaters and concert halls struggle to keep patrons from overpowering artist with conversation and electronic alarms, so it’s remarkable (or a sign of more respectful Japanese audiences) that Aso made this solo recording in a concert setting. Amazingly, her set was a warm up to a bill of drone metal from Boris, Chelsea Wolfe and Sunn O))). These are musicians sympathetic in their extremes. Sunn O)))’s Stephen O’Malley formed the Ideologic Organ label, distributed in vinyl and digital formats by Editions MEGO, to showcase his love of experimental acoustic music.

Lone‘s unassuming musical approach is extremely modest, but it is an extreme, and Aso is not unfamiliar with the concept of shredding. She previously collaborated with Japanese experimental metal band Boris—the pair split a seven inch single on which Aso covered King Crimson and Boris covered a track by Japanese underground music legend Masashi Kitamura. Her collaborators are no strangers to this musical mirror image. The cover of the band’s 2003 album Akuma no Uta pays direct homage to the cover of Nick Drake’s Bryter Later.

Lone clocks in at an efficient 34 minutes, though if these were Ramones-style pacing it would be over in fifteen. “Komish” pushes the BPM even further away from that pace, single notes plucked on acoustic guitar resonating for a full second or more before the, under vocals that are like an angelic dirge. The intimate recording seems to inspire a personal, imperfect inflection in Aso’s voice, as in a slight struggle to reach certain high notes on “Kamitsure No Ookina Mizutamari.” It is the opposite of caterwauls and head banging, but is it not a more naked and daring performance?