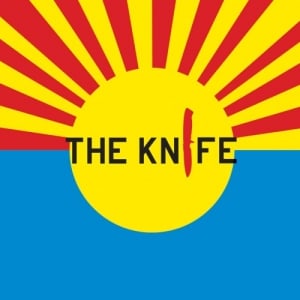 Believe it or not, there was a time when the Knife didn’t really stand out from the crowd. The Swedish brother/sister duo of Karin Dreijer Andersson and Olof Dreijer—who are as likely to be cloaked in darkness with faces obscured by elaborate face paint or creepy bird masks as they are to stuff a Coachella stage with brightly-dressed dancers—are capable of producing music both strangely upbeat and sinister. But there was a time when they were only yet another fledging electronic act from the Nordic region. Were it not for their later successes, the Knife’s self-titled debut may never have seen much light of day outside their homeland.

Even in their earliest years, the Knife did their own thing without much regard for what anyone else thought. Despite it pretty much being a necessity for any new band, the duo refused to perform live following the 2001 Swedish release of The Knife on their own Rabid Records label. In the early days, they took an anti-commercialism stance that they ultimately bent by selling the rights to their first true hit in “Heartbeats,” as covered by José González, to a Sony commercial. They justified selling this single from 2003’s Deep Cuts by pumping the money into their record label, and they remained musical contrarians by boycotting or simply not attending award shows where they often won. After they cemented their rightful place within the electronic music world following 2006’s game-changing Silent Shout, the band finally started touring, but they rarely make other public appearances or agree to interviews with the press.

The success of Silent Shout finally allowed the band to catch the ear of major record label and Mute released both The Knife and Deep Cuts in the U.S. by late 2006. For as much well-deserved attention as Deep Cuts received—demonstrating the duo’s ability to craft dance floor burners prior to their shift to far darker realms—The Knife came in as an afterthought. This is somewhat understandable, given that the debut (which was recorded in Karin’s and Olof’s respective flats) smacks of an electronic act that’s still finding its voice. But there are a handful of solid Knife tracks here, and plenty other glimmers of what is to come.

The album’s clear highlights strike with “Kino,” “Bird” and “Parade.” Three tracks in, there’s quirk aplenty in “Kino,” as it plinks all over the place with Karin delivering some vocals about being a “rocket and a fish” in a staccato-like cadence. Eventually a wavering motorik synth line joins in and thudding drums propel the whole thing into rare air, especially for synthpop around the turn of the millennium. “Bird” is far more fragile, a lo-fi Casio-like beat joined by a droning synth as Karin’s voice goes all chirpy. But when her vocals are multi-tracked near the song’s end, we are treated to a hint of the dramatically sonorous shifts your voice will take in later work. Meanwhile, “Parade” builds from what accurately sounds like living room studio instrumentation into a robust chorus with marching drums and a seeming army of Dreijer Anderssons raising their voices in the song’s chorus.

While it’s not the album’s most successful track, “A Lung” displays a seed that five years later would sprout into the icy weirdness of Silent Shout. Dreijer Andersson’s voice is heavily manipulated both higher and lower in pitch, the latter a warbled creeped-out sound that would factor in heavily in their later work. And opening track “Neon” kicks off the record with deep, tubular synth pulses that would also carry on to future records, though the fleeting presence of saxophones is something that wisely has been used sparingly since.

But The Knife contains its fair share of tracks that show the band’s growing pains as they truly began to take shape. The album’s only single, “N.Y. Hotel,” is plodding and more or less aimless, and the addition of a Theremin-like effect doesn’t feel haunting or atmospheric but mostly just comes off as the duo trying too hard. “Zapata” features warped, oddball vocals not meant to make any sense, but this approach doesn’t work nearly as well when coupled with accordion. And “I Take Time” hints at industrial aspirations but sounds a little too video game-ish at times.

One could imagine The Knife being a more avant-garde beginning to a nonconformist band that would ultimately sell out and go more mainstream. After all, follow-up Deep Cuts was much more dance floor-inclined and even earned the band a Pop Group of the Year award in Sweden in 2003 (which they didn’t accept), and they made all that money from the sale of “Heartbeats” after that. But Silent Shout doubled-down on the duo’s experimental tendencies, with critically acclaimed results. From there, Dreijer Andersson spent time working on her own successful Fever Ray side project, and the duo collaborated on a bizarre opera with 2010’s Tomorrow, In a Year. With their return to prominence via 2013’s Shaking the Habitual, the duo has just completed an extensive tour that took them through the United States and even saw Karin singing karaoke to “Heartbeats” in New York while Bill Murray watched. The Knife may not be their best work, but it’s an entertaining and formative debut from a band that has come so far despite never wholly embracing the limelight.