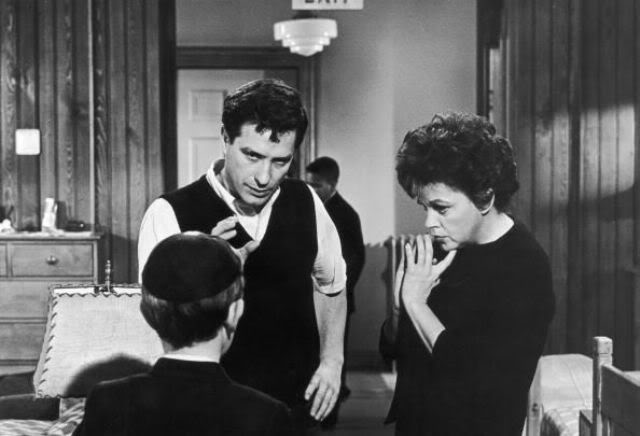 Like Too Late Blues, whose tale of the jazz demimonde seemed perfectly paired to the talents of a wild hepcat director, it’s easy to see how A Child is Waiting ended up as a John Cassavetes project. This is a ‘weird’ movie, one not in line with traditional studio output, and thus needing the steady hand of a fringe auteur. That a mushy, confrontationally depressing drama set in a special needs school sits on the opposite end of the weirdness spectrum from Cassavetes’ usual material didn’t seem to matter to schmaltz-meister Stanley Kramer, who hired him in place of fired British director Jack Clayton. Torn between a traditionalist producer aiming for tough, socially conscious sentimentality and a new-wave firebrand determined to shake up the system, the project continued to experience difficulties, ending up as a jaggedly assembled, intermittently handsome piece of melodrama that Cassavetes eventually disowned. Alternatively mawkish and levelheaded, perceptive and crude, this confused mish-mash of a movie feels torn between the demands of two opposing creative forces, serving as a summation of the director’s brief struggle with the studio system.

Set in a school noted for its tough-love treatment of developmentally disabled children, the film opens promisingly on the worn-out face of Reuben (Bruce Ritchey), a precociously wary kid who’s lured out of his father’s car with a toy, then deserted by his cowardly parent. There’s a wrenching immediacy to this scene, in which emotional and actual violence are equated, the abandonment depicted as the sort of earth-shattering moment that might set up a Western. Instead of acting out, Reuben clams up, setting up a conflict with the school’s taciturn headmaster Dr. Matthew Clark (Burt Lancaster), who callously writes him off as an obstinate, unredeemable failure.

Shot with a mixture of young actors and real children from Pomona’s Pacific State Hospital, the film details this quiet struggle through a mix of documentary realism and straight melodrama, the soppy score drowning out most of the quiet observational moments. Nevertheless, Cassavetes remains most interested in the children, a mixed group suffering from conditions as diverse as Down Syndrome, autism and mild learning disabilities. Abby Mann’s script doesn’t place much focus on these children or their difficult experiences, however, introducing an audience surrogate character in Jean Hansen (Judy Garlin) a wayward Juilliard graduate looking to make a new start as a music therapist. Taking pity on the sad-eyed Reuben, while positioning herself as the abandoned boy’s new mother figure, the sentimental Jean locks horns with Dr. Clark, resulting in a slow battle of wills that exploits the younger characters mostly as emotional window dressing. 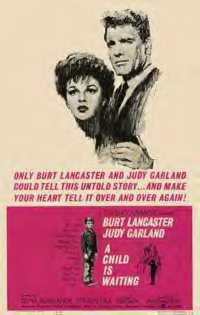 It’s worth noting that the film at least gives credible license to both characters’ points of view. Despite his hard-ass insistence on treating these kids like any others, Dr. Clark is eventually shown to be acting in their best interests, as a late-film visit to a mental hospital shows what’s in store for them if they don’t learn to cope in society. His cold approach contrasts with Jean’s heart-on-her-sleeve mushiness; it’s easier to empathize with her ideals, but the damage she wreaks in trying to rescue one child seems like another defense of Dr. Clark’s method. The film wouldn’t have a plot without those efforts, however, and it eventually rewards each character with an ending that services both their viewpoints, an unsatisfying conclusion for what was previously positioned as a battle of dueling ideologies.

In some ways their conflict mirrors that which apparently occurred between executive producer Kramer, intent on making audiences think and cry at the same time, and Cassavetes, who had more radical things in mind. Kramer had the admirable aim of bringing the plight of these children to light, challenging the prevailing notion that they should be hidden away and ignored. This wasn’t enough for Cassavetes, who was determined to wrangle with the systems that forced these kids into darkness in the first place, envisioning a fragmented narrative that would dramatize their plight. It’s nice to imagine that Cassavetes might have saved the movie had he had full control, but while his direction of this questionable material is sturdy, it likely wouldn’t have been enough to fully salvage the portentous piece of issue journalism that was the film’s script.

All this leaves A Child is Waiting as the director’s least characteristic work, a journeyman effort that finds him feeling more anonymous than ever. The only identifiable tag is the improvisation of the non-actor children, which occupies a small but vibrant corner of the film, their classroom scenes bubbling over with energy. Watching these kids, and seeing how they were abused by a society determined to lock them away, it’s easy to understand the director’s anger, his view of institutionalization and reeducation as a means of indoctrinating people who should have been prized for their mental differences. This same frustration with institutional strictures would crop up again, more directly and potently, in his later films, full of loners and rebels struggling to make it on their own. It’s fascinating to imagine what he might have made of this scenario with a little more say in its production, but as it stands the film remains intriguingly flawed, anchored by strong performances and a generally sturdy sense of craftsmanship.