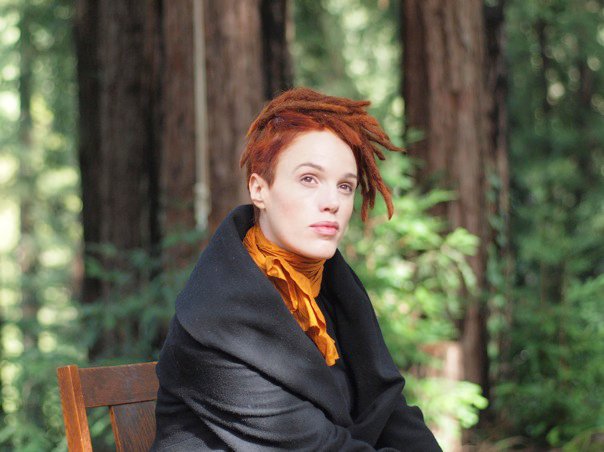 For someone like me who’s used to rock arenas and noisy bars, this show was a completely different experience. With an older, less casually dressed crowd, reserved seating and respectful audience silence during the performance, it was more of a night at a string recital than at a rock concert. But the symphonic set wasn’t quite at ease either; Zoë Keating’s music didn’t really belong to their world. While her cello would have been at home in the concert hall, the technology she harnessed for looping and layering her parts challenged their comfort zone, and her sonic palette was likewise unconventional. To the warm, organic sounds of strings, Keating added percussive slaps, harsh bow scrapes and light feedback resonance to shape her motifs. But what made her appeal to the crowd is that she is a phenomenal player whose music carves out its own niche. Modern, new age, minimalistic, experimental, jazzy; it’s hard to nail down exactly what she does, but her music is easily recognizable as the components offset and support one another, building into obsessively layered structures .

Before she even emerged, the mood was set. The stage was stark, with nothing but her cello, loop controller and seat underneath the hot red lights, softened by a light fog. Red remained the central color, and the lighting tech did a good job of connecting with the music, supporting the accents. Keating started with an older piece, “Seven League Boots.” The initial smear of layered cello gave way to pizzicato raindrop notes that coalesced into heavier flows and rapid cascades. Aside from the beautiful precision of her playing, the stereo separation added depth. Whether directly or via programming, she controlled panning so notes were spatially located, casting the performance into a cool, in-your-headphones experience. Most impressive was that, although you could hear the looped structure, that wasn’t the most salient element of her performance. Her thematic explorations were the center of attention. Her control yielded moments of delicate beauty and intervals of stormy power. In the end, it didn’t matter whether you could follow the subtle dance of her feet guiding the loops or not; the music hypnotized and distracted. Like a master magician, she led the audience’s focus where it needed to go.

More than just a talented player, Keating has a genuine, if self-conscious, stage presence. Whether filling us in on the challenges of looping (“If you play that first thing wrong, then you have to play everything wrong”), reminiscing over her career (“Rasputina was my rock and roll finishing school”) or talking about her creative process (“I’d rather just give my pieces numbers than titles”), she reached out to the crowd and overcame the formality of the concert-hall setting. That kept a wall from forming between her and her audience. The crowd showed restraint while Keating played, but her likeable persona made it easy for them to express their enthusiasm at the end of each song. After the show, she built on this with an open-ended meet-and-greet session that gave people the chance to ask questions and make a personal connection. l could hear her answer the same questions over and over, but she was patient and happy to talk with her fans.

One of the more common queries was about her upcoming album, due to be released this summer. It’s been four years since she released Into the Trees, although she’s worked on soundtracks and commercials since then. During her set, she provided a wonderful taste of her new work, but she took great pains to explain that this was the original improvised idea, rather than the “cello” epic she built in the studio. Keating plans to tour widely in support of the new release, so take advantage of the opportunity if she makes it to your town. It will be mesmerizing, but be prepared to sit.