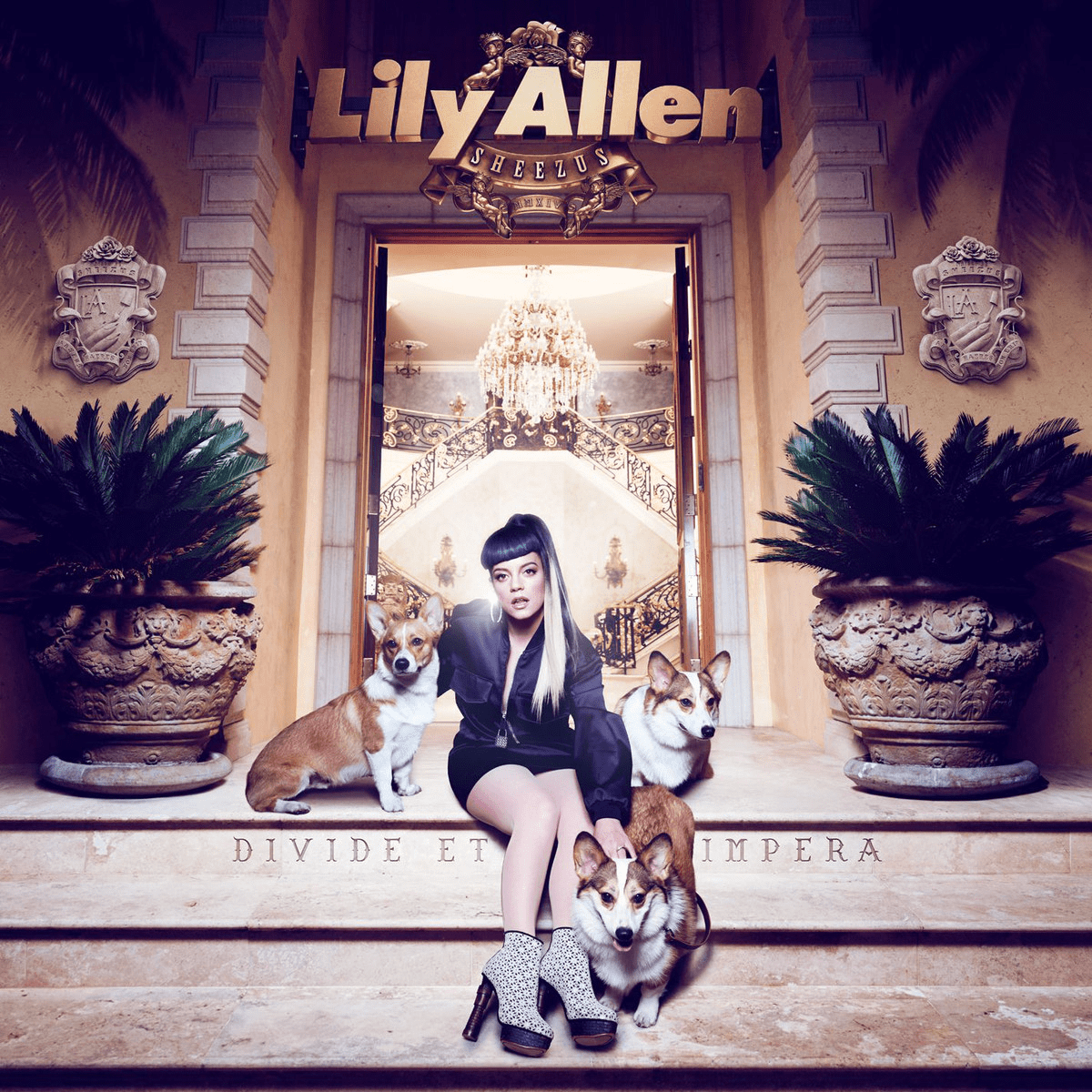 [xrr rating=1.75/5]Lily Allen barely gets started on the title track of her comeback, Sheezus, before she throws down a gauntlet. In her own, small version of Kendrick Lamar’s “Control” verse, Allen states her supremacy to her peers, name-checking and blithely dismissing Rihanna, Katy Perry, Beyoncé, Lady Gaga and Lorde. Though the entire album does not concern such feuds, it does regularly circle around to a number of targets, from vapid celebrity culture (“Insincerely Yours”) to trolling bloggers (“URL Badman”) to inane, image-driven pop (“Hard Out Here”). Back after four years, Allen comes out swinging.

Or, at least, that’s how it looks on paper. As “Sheezus” sets the album into lumbering motion with a staccato, mid-tempo beat, however, something feels off, a misgiving compounded by the airy, honey vocals that Allen uses to deliver her screed. “Sheezus” never rises to the energy it needs to convey Allen’s brashness, instead locking onto her ironic detachment in a precursor for the album to come. The star has always been more self-aware and deprecating than most, but Sheezus, dually concerned with Allen reestablishing herself as a significant presence and opening up about married life, is too lyrically personal for the glibness of the production. The album touches upon R&B, hip-hop, even a vague approximation of neo-country on “As Long As I Got You,” yet the homogenizing Auto-Tune and light shimmering of all the production renders even the prickliest moments trite and soft.

It’s as if Allen did not so much make an album about her life experience post-motherhood as just make one that conformed to stereotypes about a mom’s taste in music. The insipid sing-song “Air Balloon” sounds fit for minivans filled with tots, while the gently plucked guitar under “Life for Me” lends the song a false sense of mature reflection that sounds vaguely condescending. “Hard Out Here” already garnered its share of controversy for lines like “Don’t need to shake my ass for you/ ’Cause I’ve got a brain,” a loaded notion made worse by the thin racial subtext of the single’s music video. Even if you take Allen’s defensive position on this at face value, the song still sounds like a bitter has-been complaining about what kids these days listen to, something that actual kid Lorde, for all her flaws, pokes at with far better pop sensibilities.

Speaking of Lorde, even Allen’s references seem stale and obsolete. With the exception of the 17-year-old, the list of stars called out in the title track would sound like Allen compiled it in 2011. At this point, Gaga is effectively an also-ran, having all but completely squandered the interest that The Fame and The Fame Monster won her, while Rihanna and Perry are evergreen targets for facile criticism of “meaningless” pop. As for Beyoncé, Queen B more or less already showed Allen how to do this right with her surprise eponymous LP, offering up a post-marriage album that reveled in the sexual and career freedoms still open to her. It was inclusive, danceable and unabashedly feminist, and most of all it still felt creatively, if not personally, restless where Allen’s misty-eyed lover paeans like “Close Your Eyes” (one of the album’s few cohesive tracks) and “As Long As I Got You” suffer from suffocating contentment. Only “L8 CMMR,” an amusing ode to her hubby’s sexual stamina, makes their marriage sound any fun, as opposed to a collection of slightly naughty Hallmark slogans.

Sheezus finds Allen not gunning for the throne so much as behaving as if she were returning to reclaim it after abdication. It’s a bold gambit to try and sell the world on the idea that her absence resulted in any semblance of a pop power vacuum, and her Richard the Lionheart routine crumbles in the face of how much better all the so-called pretenders to her title are. Generally speaking, it’s not a failure on Allen’s part to try and stake her claim as the best in the biz at the expense of her peers. If anything, her sentiment that “The second best will never cut it for the divas” is a refreshing one, defiantly proclaiming that women can be as competitive and hungry for renown as the men who routinely win praise for boastful, cutting verses.

The problem is that the flat production and Allen’s aloof delivery lacks the spark to set fire to her strawmen, undermining the sense the album attempts to impart that we as pop fans have had a huge hole in our lives these last few years in her absence. Every so often, Sheezus provides a glimpse at the belligerent force that once grabbed people’s attention, but in her sneering superiority to dance on “Hard Out Here,” Allen demonstrates that she forgot a key lesson of intelligent but radio-friendly music: you have to make people move as well as think, at least if your thought-provoking ideas could fit into tweet-length.