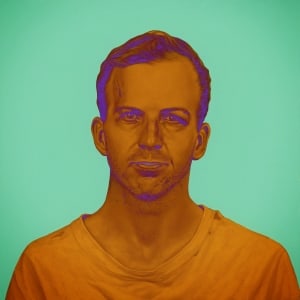 [xrr rating=2.75/5]They made five studio recordings between 1974 and 1977, none of which was released at the time. They played a total of five gigs. They were more heard of than heard. But according to the likes of Jon Savage and Thurston Moore, New York proto-punkers Jack Ruby were the missing link between punk and avant-rock, where garage band squalor and punk rock power met the no wave skronk of the Downtown New York intelligentsia. The collected (but not complete) recordings of Jack Ruby are now available on a two-disc (CD or LP) set from Saint Cecilia Knows. Can you believe the hype?

If the idea of “Hit and Run,” which launches the set, sounds like a typical punk rock anthem, the instrumentation is anything but. Chris Gray’s guitar and bass were augmented by Randy Cohen’s Serge synthesizers and electric viola performed by a no wave character known as Boris Policeband. The track descends into mewling electronic chaos while the rhythm section holds down the rock ‘n’ roll fort. “Mayonnaise” opens with a classical piano figure before a loose, martial rhythm guitar chimes in and the singer pleads throughout, “Why?” “Bored Stiff” echoes contemporary musical ennui, though the only conviction in the vocals is to boredom. Indifferent phrasing and deliberately out of sync timing makes the track unsettling but not anthemic, which would be so boring. Less boring is an unlikely cover of “Beggars Parade,” an anti-hippie rant from the Four Seasons. This track comes from the band’s 1977 incarnation, which featured the late George Scott on bass, a heavy sound that would be part of the coming no wave signature.

Scott went on to play with Lydia Lunch and James Chance, and the sonic family resemblance is not a coincidence. The first time I heard chords and rhythms like this was on the 1978 compilation album No New York, which featured seminal no-wavers Teenage Jesus and the Jerks (with Lydia Lunch), the Contortions (with James Chance, and Scott on bass), Mars and DNA. Jack Ruby sowed the seeds of that movement, tracks like “Mayonnaise” anticipating Arto Lindsay’s avant-guitar and speaking-in-tongues vocals in DNA.

As punk rock history, Hit and Run is fascinating stuff, meant for seven-inch singles with block-letter graphics and photocopied inserts that have yellowed with time (and in fact, the set’s title song was issued as a 45 in 2011, nearly 40 years after it was recorded.). There’s something quaint and unfinished about its underground sludge, the muddled mix keeping it from the clarity that makes No New York still sound unsettling today. Clarity is provided by Don Fleming’s sharp remix of “Bad Teeth” where you can hear every word and every wailing note. “Drill it, spill it, spit spit spit!” The 2013 remix honors the band’s cacophonous sound but brings the elements into a focus that would have made a Jack Ruby studio album a potential classic, if it had ever happened.

The first half of this set documents Jack Ruby’s no wave assault on the three-minute single. But boy did they have another side. Cohen taught undergraduate classes in electronic music at Cal Arts, where he helped Serge Tcherepnin build the Serge modular synthesizer system, an affordable alternative to the Moog. The band’s proto-punk attack used the Serge in limited bursts, but there is recorded documentation of more self-indulgent exploration. Hit and Run’s second disc is framed by a pair of 16-minute tracks of electronic noodling that anticipates the defiant noise of Lou Reed’s Metal Machine Music. These are some of the first recordings made on Serge synthesizers, and aficionados of electronic music may find this notable. I’ve heard a lot of challenging experimental music, from Sun Ra’s Strange Strings to Terry Riley’s tape pieces to Bo Anders Persson, but for the most part this stuff lacks the kind of structure and interplay that can make art out of chaos. The 57-second “Mandible Mambo,” a charming fragment that shows what kind of Krautrock-influenced art-dance band they might could have become. By design, they didn’t want to become one thing. The closing track “Ghost Note,” recorded live at Cal Arts in 1972 with Cohen’s electronics and Boris’s electric viola, is the bombastic soundtrack to what must have been quite a happening.

Jack Ruby inspired a lot of music that I love, but hearing them doesn’t provide the kind of revelation that indie-rock kids might get from hearing the Velvet Underground for the first time. I’m glad I got to hear their music, but I’d rather listen to their ancestors.