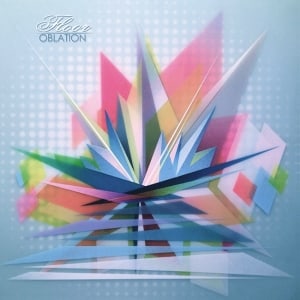 [xrr rating=3.25/5]It’s a grand year to be a metal fan. Mastodon has a new album out in June, Pallbearer is supposed to release something latter this year and U.K. acts HARK and Conan both came out with stellar records in the first quarter. Now Floor is back with a new album. What have we done to win such favor with the sludge gods? Unfortunately, the Florida trio’s comeback album doesn’t reach metal Valhalla. There’s too much repetition between the riffs, and the songs seem toned down compared with their previous work. But the boys bring hammer of Thor heaviness to every song on Oblation.

A lot has changed in the ten years since Floor’s last release. For one thing, Torch happened. From the ashes of Floor, metal demi-god Steve Brooks unleashed some of sludge metal’s most exhilarating works in Meanderthal and Harmonicraft. The latter was a particularly shocking revelation, a brutal, take no prisoners metal album with a pop-shine that made songs like “Kicking” heavy as hell and bubble-gum sweet. So where does Floor go from there? Brooks is comfortable taking the middle road. He doesn’t go with the straight sub-two minute sugar injections of Harmonicraft, nor with the 15 minute plus songs of Dove. Most songs on Oblation land around the three minute mark with a good balance of energy and sludge. The opening duo of the title track and “Rocinante” are good examples of the band’s range. “Oblation” has Brook’s trademark anthemic yelling over a crunchy riff, while “Rocinante” hits the thunderous side of the album with Henry Wilson’s start and stop rhythms propelling the song to its rushing tempo.

The album starts strong, but there are hiccups. “New Man,” “Sister Sophia,” and “The Quill” are fine songs on their own, but the low-end riffs are hard to tell apart when they’re fired off in such rapid succession. The final track, “Forever Still,” has a riff that’s too similar to “Rocinante” to justify its closing position. Thankfully, when the album hits hard it is unrelenting. “Love Comes Crushing” follows the “New Man” trio and builds brilliantly. It encases Brook’s first guitar line in fuzz, played at a softer volume before a second guitar punches a hole through the amps. The strange pair of “Sign of Aeth” and “Raised to a Star” has even stronger chemistry than the album’s opening tracks. The monolithic “Sign of Aeth” stretches to nearly eight minutes, its foundation is based on droning guitars that let Brook’s cries pierce the sky. It never fully erupts, instead burning brilliantly into the atmospheric guitar solo outro. “Raised to a Star” is on the other end of the spectrum. It’s not even two and a half minutes, but it’s an adrenaline shot after the lumbering power of “Sign of Aeth.” Wilson has his finest moment here, with a punk-like drumbeat that overwhelms the rest of the instruments in sheer power. Oddly enough, this track sequence points out Oblation’s biggest flaw. It doesn’t fully tap into the mammoth power of Floor’s old quarter hour jams, nor does it embrace the pop-metal bursts of Harmonicraft. For too much of the album, the band is content to relax in the middle ground. Still, Floor is still consistently great for pure ear-drum destroying bliss.