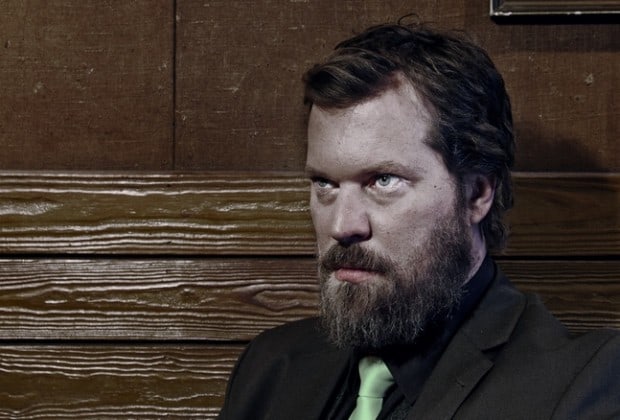 John Grant’s Pale Green Ghosts was the little record that could around the Spectrum Culture office last year, bowing at the 12th slot on our Top 20 Albums of 2013, nestled amongst heavyweights such as CHVRCHES and Neko Case, as well as earning two songs on our Best Songs of 2013 list. Our writers loved Grant’s music, which we called “haunting,” “potent” and “danceable.” While Grant’s may not be a household name, his opening set during Elbow’s tour this spring will hopefully earn him more fans.

But first, I must tell you about the Spectrum editor who paid $40 to hear Grant play one song. She bought a ticket for the tour’s recent stop in Philadelphia, but showed up in time to only catch the end of Grant’s set. She did get to hear “Queen of Denmark,” but rather than stick around for Elbow, she simply went home.

I saw Grant’s tour last year with a band, so I was surprised at first by his stripped down set the other night at Portland’s Wonder Ballroom. It was a pleasant spring night, and a line stretched down the block, presumably all for Elbow. I got into the club with a few minutes to spare and then Grant took the stage, flanked only by guitarist Pétur Hallgrímsson.

Scrubbed clean of the atmospheric electronics that surround most of the songs on Pale Green Ghosts, the versions Grant delivered in concert felt more plaintive, some even venturing into torch song territory. “It Doesn’t Matter to Him” transformed from a bouncy kiss-off to something more emotional as Grant nakedly gripped the mike, backed up only by Hallgrímsson’s gentle strumming.

Grant dug into his Czars catalog for “Paint the Moon” before switching over to the keyboard for “Sigourney Weaver” and “Where Dreams Go to Die.” “Dreams” was especially beautiful, and Grant seemed to retreat into the sentimentality of the material. Even the Elbow fans chattering at the bar in the back of the club shut up for a few moments. The beauty of the song perhaps eked a modicum of respect from the drinkers.

Grant is a great raconteur, introducing each of his songs with a short story or commentary. Well aware that the crowd belonged to Elbow, Grant promised to play his songs and “get the fuck off” the stage quickly.

The only misstep of the 35 minute set came at the end when Grant played “Glacier,” backed with Hallgrímsson’s guitar and pre-recorded bass and piano. It sounded awkward, almost out of tune. It probably would have been best if he performed the song solo on the piano.

It was barely dusk when the show ended, but rather than stick around for Elbow, I hit the road. I could have easily stood through 90 more minutes of John Grant, his stories and his music. $40 for one song may be a bit steep, but for a set full of heartache, pathos and humor, it’s well worth it.