On Flatbush Zombies’ breakout single “Thug Waffle” MC Juice rapped “Hip-hop is dead, Zombies for prez!” and it’s looking like a full zombie takeover is in the cards. Juice lays down a hyper-positive verse and Meechy’s so-high-he’s-hoarse flow is always welcome. But the real star here is Erick The Architect, whose flow is the best here and his watery backwards production proves he’s one of the most dangerous double threats in hip-hop.

2. A Sunny Day in Glasgow – “In Love With Useless (The Timeless Geometry In The Tradition Of Passing)” (Self-released)

A Sunny Day in Glasgow’s mix of shoegaze and synth-pop made them a truly unique delight when the band first came into prominence in the late 2000s. With “In Love With Useless,” the band have returned in quite an impressive way. Few bands in recent memory have been able to handle dreamy textures without being enveloped by them as well as ASDIG have. Sure, the handful of lyrics that rise out of the mix are a bit nonsensical, but there’s solid melody keeping this array of sounds and lyrical images together. It’s a complicated song (with a complicated title), but it will work its way into your ear and stay put for days.

This opening track from British producer Quirke’s debut EP Acid Beth has a deceptive opening. A minute or so of abstract, noisy, hard-to-pin-down white noise makes one think the entire track will wallow in unidentifiable sounds. But then the dark, bottom-heavy groove kicks in, and a few minutes later, you have heard one of the year’s strongest dance tracks so far. 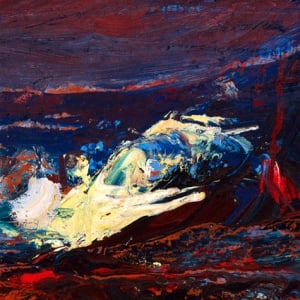 “What a thing to be a witness to the sunshine,” Conor Oberst sings over the heat-kissed groove of “Hundreds of Ways,” coming across like Paul Simon on a Nashville kick. In contrast, the lyrics aren’t exactly encouraging, as he’s employing a lover to just find something – anything – to shape up and get over whatever ‘it’ is standing in her way. This carefree summer-sounding jam is certainly one way to do it.

Five years on from La Roux’s self-titled debut vocalist Elly Jackson (now minus producer Ben Langmaid) releases “Let Me Down Gently,” an expansive teaser from her soon-to-be released sophomore album Trouble in Paradise. Certainly, the track is pointedly subdued compared to La Roux’s normal fare, but the moody ballad is the perfect reintroduction for Jackson who struggled with musically crippling fatigue after her debut’s success. Even if the track isn’t representative of La Roux’s new sound –still heavy on the energetic pop-synths – it forms a necessary bridge between the past five years and sounds stunning at the same time.

This down and dirty, classic blues groove cribs from John Lee Hooker by way of Billy Gibbons. The steady bass throb and unadorned drumbeat both stand back to give the moaning guitar and lonesome vocals room to dance. You can hear the pure power of the piece holding wild dogs at bay (thoughtfully dubbed into the background).

7. Tobacco – “Eruption (Gonna Get My Hair Cut At the End of the Summer)” (Ghostly International)

Much like life itself the enjoyment of Tobacco doesn’t always arrive easily. Rooted in Tobacco’s alarming dissonance, there is a demented pleasure within his moans. “Eruption (Gonna Get My Hair Cut At the End of the Summer)” rests on the fringes of dance music, but spin this at 2 a.m. and just watch the room start moving. 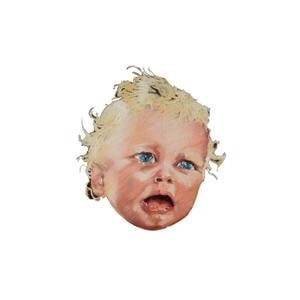 Swans’ evolution into a maker of post-industrial raga, in which grinding noise is bent toward spiritual drone, reaches a new plateau with the longest cut of their latest record, “Bring the Sun/Toussaint L’Ouverture.” The break between compositions offers the only breather in a wall of noise that adds successive layers to its repetitive squall until nirvana is reached not through peace but besiegement. As ever, it’s difficult to say what’s more unnerving: the rattling low-end of the band’s no-wave composition, or the drawn-out baritone chants of frontman/city shaman Michael Gira.

Few bands do creepy-cool quite like Canadian quintet Timber Timbre. Taylor Kirk’s ominous croon may once again lead the charge in “Beat the Drum Slowly,” the opening track on the band’s new LP Hot Dreams, but it’s the titular drum beat and eerie organ that set the tone. This track is perfect for a cruise along dirt roads cutting through the swamp.

Opening with an electronic pulse that could be the pattern emitted from a dying star, “Singularity” gives way to a swaggering rhythm and fluttering guitars that roll in seductively. It teases at first, delivering the reward in the infectious chorus with a Passion Pit twinge as Jonathan Visger belts out in a high register, “And try as I might/ Searching low then high/ All that I can find/ Is a version of you/ And a person there who can’t remember.” The bottom drops out in the bridge, all stark piano melody and plaintive vocals, before a resurgence occurs and the components blend together in an extended instrumental outro, transcendent in its raw energy.

She collaborated with Japanese experimental metalheads Boris, but her solo album of fragile, whispering vocals with minimal accompaniment threatens to float away on a light breeze. “Date” rises above the ether like a lost synth-pop classic. Its haunting, spare keyboard riff suggests the Young Marble Giants on Quaaludes.

We all need a little sweet soul and some ass kicking southern rock in our lives. Nashville-based Clear Plastic Masks’ debut album “Being There” promises to deliver both with a drunken snarl and a fumbling caress. The track “Baby Come On” highlights the band’s fat, crunchy sounds and the dynamic tension between singer Andrew Katz’s R&B crooning and gut-busting rock yowls.

Sounding like Waylon Jennings on a New Age pilgrimage, Sturgill Simpson continues to redefine what it means to be a country musician . Instead of sticking to the usual booze, brawls and outlaws, “Turtles (All The Way Down)” condenses everything that’s unique and outright weird about Simpson’s songwriting into one crazy headtrip. There’s something special about a Nashville talent that chooses to focus on a place “where reptile aliens made of light/ cut you open and pull out all your pain” instead of a lonely bar that does about the same.