September 22, 2020
Home Music Sharon Van Etten: Are We There 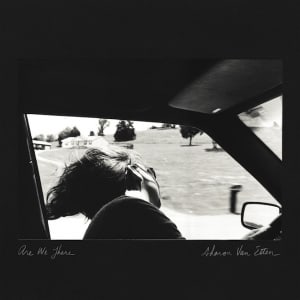 [xrr rating=3.75/5]It’s not a secret that Sharon Van Etten has been done wrong. Tramp, her exceptional 2012 breakthrough, detailed the breakdown of a relationship that found Van Etten eventually fleeing Tennessee in the middle of the night. That record was about breaking up, escaping control and ultimately moving on, or at least trying to, conveyed through intimate confessions in a voice that could crack glass if her heart didn’t split first. With the release of Are We There, we learn that the pain of Tramp was very real, but we didn’t get the full story.

If Tramp was about Van Etten going through a tough time, Are We There goes even deeper into how things reached their head, the aftermath and the resolution. It’s as if with time and distance, the truth becomes clear, the spasms of anger more pronounced, the seeds of regret more tangible. By all accounts she’s in a much better place now, but Are We There is almost the perfect description of this record as a journey, as there are some frightening moments to pass through before there’s even a hint of potential solace. Are We There often sounds beautiful, but you don’t have to read between the lines to realize when things are not.

With less emphasis on guitars and more weight given toward mood, Are We There in many ways is a much sadder-sounding record than Tramp. It’s slower and far more ambitious, with piano and the occasional woodwind, brass and harmonizing vocal absorbing Van Etten’s otherworldly voice, here a combination of the melody and range of Jeff Buckley with the fragility of Cat Power. She sounds so alone alongside the haunting organ of “Your Love Is Killing Me,” not to mention immensely vulnerable. Building to a crescendo of soaring vocals, raining piano and marching drums, her voice trembles as she sings, “Break my legs so I won’t walk to you/ Cut my tongue so I can’t talk to you/ Burn my skin so I can’t feel you.” During “Break Me,” it becomes clear the torture she so fears isn’t just about being controlled, but about being physically handled, and her own insecurities. “He can break me with one hand to my head,” she sings, but their love is her weakness and she is at his whim, powerless. Still, she knows she must leave (“Sitting on the porch looking for a way out,” she reveals during the bulked-up Beach House of “Taking Chances”) and she can almost taste what freedom will be like (“Afraid of Nothing”), but what’s on the other side is just as scary.

Though we are all aware Van Etten did in fact break away, Are We There also details what happened next, and the struggles she confronted. She has moved on, but her past is still very present and she’s fearful of falling back into the swallows of her history. “I sing about my fear and love and what it brings,” she announces during the gorgeous piano ballad, “I Know.” It’s as if she’s aware of her own faults and her baggage, and doesn’t want to drive away her new man. “Tarifa” makes it clear she needs reinforcement to avoid old habits, begging for someone to “Chew me out when I’m stupid,” while the raw, melancholic “I Love You But I’m Lost” finds her admitting to self-inflicted insanity caused by her own mistakes. But it’s the album-closing “Every Time the Sun Comes Up” that makes it seem everything is okay, as if Are We There is one big look back leading up to this moment. She’s clearly found comfort, singing, “I washed your dishes then I shit in your bathroom” above quintessential Americana, and if that’s not enough, the track ends with an outtake of laughter as Van Etten loses her headphones in the studio, sealing the envelope with a lightened kiss.

Just ahead of its release, Van Etten posted online handwritten lyrics to every one of Are We There’s tracks. Aside from content, what makes these documents interesting is their appearance. Very little is crossed out, and she writes in prose form, not in verses. It’s quite clear that Van Etten had very specific stories to tell, and they spilled right out of her, perhaps because they just couldn’t be contained inside of her any longer. At first glance, they read more like a diary than a collection of songs, but for such tumult, they sure make pretty music.