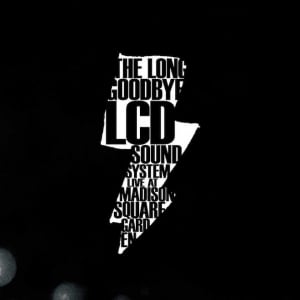 [xrr rating=4.0/5]James Murphy knows how to go out on top. Rather than squeeze every last drop out of his beloved LCD Soundsystem, he disbanded his brainchild only six years after the alternative dance titans’ debut LP. Typically, when a band achieves a commercial breakthrough—2010’s This Is Happening charted in the Top 10 both in the US and UK—and has Spike Jonze direct their music videos, you can expect a lot more where that came from. Instead, in early 2011, the New York-based group announced their run would come to an end with a farewell concert at Madison Square Garden.

Just how popular was the band when they called it quits? The show sold out almost instantly, with scalpers peddling tickets for upwards of $1000 a pop. Murphy went on Twitter to tell scalpers to eat shit and die, then announced a handful of warm-up shows that would feature a similar setlist. But the April 2, 2011 finale at MSG marked the epic conclusion to one of the most influential indie bands of the 2000s. Now, a full three years after LCD Soundsystem called it a career, The Long Goodbye offers a nearly unedited recording from their last hurrah. Running over three hours, the live album hit record stores in April in the form of a five-LP vinyl edition before its recent digital release. As you’d expect, Murphy and company run the gamut of their creative output and throw down one of the more raucous live albums in recent memory.

The only LCD Soundsystem release not handled by Murphy’s own iconic DFA Records label, The Long Goodbye doesn’t mess around with excessive banter or other bells and whistles. Instead, it’s a full-on dance-punk salvo delivered with such ferocity that you can almost see LCD’s schlubby-chic frontman losing his shit onstage. But there are a few curveballs thrown into the mix as well. Former tour mates Arcade Fire join the band onstage to form a Canadian contingent on “North American Scum.” Reggie Watts adds a memorable vocal contribution on “You Can’t Hide (Shame on You)” segment from the 45:33 EP. There are also covers of Yes’ “Heart of the Sunrise” and Alan Vega’s “Bye Bye Bayou.” While these surprises garnish the album nicely, it’s LCD Soundsystem’s meat-and-potatoes that make The Long Goodbye such a savory dish.

A rowdy “Time to Get Away” may be the set’s first true highlight, but “Daft Punk is Playing at My House” absolutely blows the lid off. Murphy’s voice, which sounds notably different in the live setting than it does with studio sheen, hits high vibrato notes, and the instrumentation is far more electronic than on the band’s 2005 self-titled debut. Midway through the set’s 28 songs, the majority of the 45:33 EP sandwiches “Sound of Silver.” “Out in Space” and “Ships Talking,” aided by DFA comrade Shit Robot, make for a combined 18 minutes of pure electronic throw-down. “Ships Talking” in particular, with its Vocoder dialogue and feverish motorik beat, stands out as a dance-inducing centerpiece. “Us v Them” may be the show’s most infectious moment. Opening with enough cowbell to satisfy Christopher Walken, momentum builds for an impossibly long stretch of jangly guitar riffs until Murphy’s vocals enter and kick the song into gear. Meanwhile, “Yeah” stretches for over 12 minutes of dance floor fury and Murphy shouts himself raw.

Along the way, there’s a misstep or two. “Tribulations” feels rushed, and Murphy’s vocals teeter off-kilter at times. Likewise, the chorus of voices on “Home” doesn’t come through as crisply as was likely intended. But these truly are minor quibbles on what is otherwise a quintessential live album. While stage banter is kept to a minimum, Murphy gushes in the lead-up to their apt finale, “New York, I Love You But You’re Bringing Me Down.” He thanks the audience, apologizes for the poor view from the nosebleeds and mentions that he’s wearing his dad’s watch, all while backed by a wistful cover of the “Twin Peaks” theme. It’s a fitting end to an era. 2012’s 290-minute documentary Shut Up and Play the Hits may have already covered this show—while also adding the visuals of Aziz Ansari crowd surfing and footage of James Murphy interviewed by Chuck Klosterman—but The Long Goodbye isn’t only for completists. The album showcases all that was great about LCD Soundsystem, a band that picked a perfect moment to hang it up.