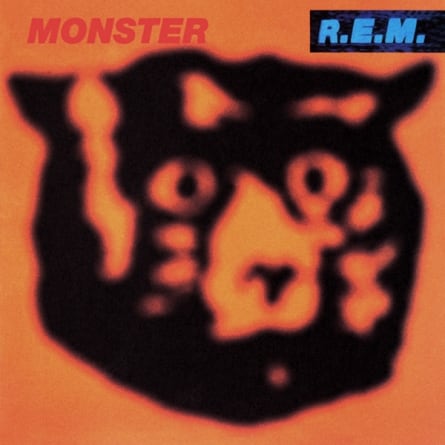 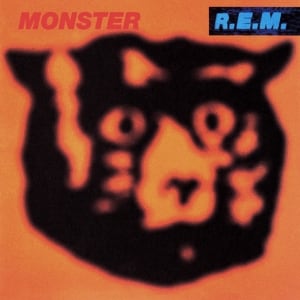 1994 was a weird year for R.E.M. They were coming off their commercial (and, some would argue, artistic) peak with the chart-toppers Out of Time and Automatic for the People, but the world of music around them was changing rapidly. The underground rock movement which they had inadvertently helped start in the 1980s had gotten louder, broken through to the mainstream and had become the status quo for anyone with a guitar. R.E.M. somehow defied this trend and became superstars, but they were more than aware of the shift in what was now being called “alternative” music, just as they were aware of the growing legion of fans who wanted to see the band “rock” again.

It’s strange that people would expect a conventional rock album from R.E.M., which is probably why critics gave a cool reception to Monster when it was first released in September of 1994. Throughout their career, R.E.M. had done a lot of things, but it could be argued that they never really “rocked” in the conventional sense. Sure, there were moments like “Begin the Begin” from Lifes Rich Pageant and “Finest Worksong” from Document where the band seemed more than capable of banging out anthemic arena rock, but these seemed more like deviations than the norm for the band. Thus, it was a bit shocking when the band seemed to acquiesce with “What’s the Frequency, Kenneth?,” which certainly rocked harder than anything off of their last two albums. While “Kenneth” functioned well as a bit of hard, punchy pop/rock, it didn’t indicate just how weird R.E.M. was going to get with Monster.

From the beginning of the sessions for Monster, it was quite evident that the album was going to be markedly different from the rest of the band’s work in many ways. For one thing, the band had to adjust to a different writing process: previous R.E.M. albums had been comprised of songs written and tested on the road, something that the band hadn’t been doing. What’s more, Monster was written and recorded with the intent of creating music that would thrive in a live setting, as they had planned their tour at the same time. However, the band’s reaction to success, their insistence on not being a cookie-cutter arena-rock band and various outside influences affected the band’s work, resulting in an album that, in Peter Buck’s words, put the word “rock” in quotation marks.

So, sure, Monster has some appeal as a commercial alt-rock record. “Kenneth” became a radio staple, and “Alternative Nation” would have found songs like “Bang and Blame” and “Star 69” appealing, but the rest of the album is buried under heaps of feedback and guitar sludge. Songs that would be considered typical R.E.M. in any other context were drenched with feedback as to become unrecognizable. Then, there are the moments when the band seemed really intent on throwing people for a loop, like the sparse neo-soul of “Tongue” and stilted, robotic “King of Comedy.” The end result was a bit of a mixed bag, critically and commercially: rock scribes didn’t warm to the album, and while the sales were good, they didn’t reach the heights of their previous two albums. Monster, it seems, was just too weird for the massive fanbase that R.E.M. had cultivated…or is it?

Looking back now, the concept of Monster is a flawed one. R.E.M. set out to create a big, arena rock record, but there’s one problem with that: R.E.M. was never much of a rock band to begin with. They were excellent songwriters with a natural gift for melody and an ability to play rock music, but they were not a rock band in the conventional sense. It never seemed like R.E.M. was that interested in being a U2 or Pearl Jam, so it’s only fitting that their take on that kind of music would be as off-kilter as… well, R.E.M.’s take on just about anything. As such, they took their big rock album and made it the most lyrically confessional album of their career.

Michael Stipe’s lyrics had been moving down a clearer path for some time before 1994, but Monster is arguably the first instance of the singer shining a spotlight on himself. Stipe’s fascination with celebrity and its effect on his life take center stage on Monster, and the end result is a pretty progressive album; in a genre populated by mostly straight, white men, R.E.M. made what was probably the most explicitly queer album of its time. “King of Comedy” takes on the media’s speculation on Stipe’s sexuality (this was around the time when rumors surfaced about the singer having AIDS), while “I Don’t Sleep, I Dream” and “Tongue” take the album’s sexual imagery to its most explicit place. Stipe lays everything bare here: his desires, his discomfort with the celebrity culture of which he just then became a part of, and – as demonstrated on the devastating “Let Me In” – grief over the loss of a friend who couldn’t cope with fame.

Stipe’s unforeseen lyrical honesty combined with Buck’s howling guitar made Monster into a jarring left turn for R.E.M., even if that distinct jangle is present underneath the fuzz. As with most of their sonic shifts, there’s plenty about the album that’s still classic R.E.M., and some fantastic songs (“You” and “Strange Currencies,” to name a few) make it one of the band’s more underrated albums. Still, what’s most fascinating about Monster is what it represents: a time before risk management in mainstream rock, when a band could buck expectations and change the conversation about themselves. It may have ultimately done R.E.M. in commercially, but their fearlessness as a band was unmatched, and Monster was a perfect example of that.