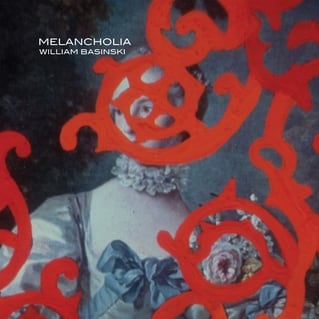 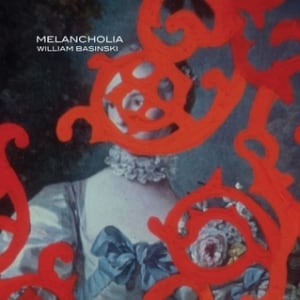 William Basinski has built a career out of ephemerality, or at least its illusion. Where once he traded in bare repetition, the release of the Disintegration Loops in the wake of 9/11 revitalized his career by focusing on the death of sound, decay and dust cluttering his post-2000 recordings. Melancholia, re-released this year by Temporary Residence Ltd., is perhaps his most subtle and brief collection in this style, a near anomaly for an artist concerned with pushing the bounds of length and recurrence. The result is a rightly hallowed recording of pained beauty.

In many (likely incorrect) ways, Melancholia feels like a reaction to Basinski’s Disintegration Loops. Where the latter stretched pieces out over half or full hours, most tracks on the former clock in under four minutes, composed less of big, obvious changes than subtle shifts in tone and tide. “IV” is a simple feedback hum, slowly dialed in and out for four and a quarter minutes. There are hints of piano and melody on most of the pieces here, but never, outside of opener “I” and its several callbacks, elaborating on a melody or theme. Basinski cuts up most of his loops before clear melodic patterns emerge, so the result is often fractious and unsettling, sounds emerging halfway through a cadence and cutting out partway through another. The whole thing lies under a film of grime, shading and giving contour to these abstract sounds.

The result is a series of snapshots that evoke everything but the music itself. I hear mountain wind, waves, subways rumbling under the pavement, semi-trucks on a highway; “XII” strikes me as the slow and inevitable tumble toward a rock slide. These are all moments, and since they refuse to build toward any definable musical motif, they are left isolated, without history or narrative. The waves continue to crash; the rockslide never quite comes. If one pays attention, the music maintains that constant present state, and so your mind does too. It is only once you look at the whole picture, whether the scope of the album or even just the length of a song, that the decay becomes apparent.

Each piece is perfect in its moment, but degenerate when compared to any other. For this reason, I think I prefer Melancholia to any of Basinski’s other works. The relative brevity of each piece and the subtlety of their decay keeps you locked into that moment-to-moment headspace, never considering the grand scope of the thing until the tracks are over. The Disintegration Loops and other, longer pieces like The Garden of Brokenness call attention to their development by way of their runtimes and dissolution, and they are beautiful, but never quite to the same degree as Melancholia. Enjoy it in its moment, for soon it will be gone. Lucky for us, we can just turn the record over and start again.

Rob Rubsam is a freelance writer and itinerant resident of upstate New York. His writing about music has been published at CVLT Nation, The Rumpus, Burning Ambulance, Popmatters, and others, and his fiction elsewhere. When not contemplating giant squids or erecting a standing stone in his backyard, he tweets at @millenialistfun.