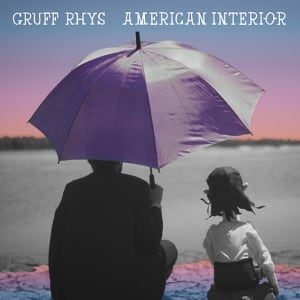 After discovering that he’s a decedent of 18th-century explorer John Evans, Rhys embarked on a lavish multimedia tour attempting to follow the route his ancestor took through the Americas, and brought a puppet likeness of Evans along for the ride. Rhys directed a documentary about the whole project and released an app, book and companion album, collectively titled American Interior. The legend itself actually seems like a straightforward concept for Rhys’s fourth solo outing; Evans mapped the Missouri river while attempting to locate a mythical American tribe descended from Madoc, a Welsh prince that supposedly discovered the Americas three hundred years prior to Christopher Columbus. Evans didn’t find the tribe, so it follows that American Interiors is instead a romantic exploration of both journeys, full of arrivals, departures and ambiguously profound destinations.

The songs on American Interior are as good as those on Rhys’ earlier records, even when the story’s explicit narrative comes second to the more abstract telling Rhys invokes through setting and texture. Rhys often incorporates Americana styles into this SFA-sized material, combining those with the an array of baroque pop songs, orchestral arrangements and some completely far-out tracks; it’s a mélange that shares much in common with the selections on Hotel Shampoo, Rhys’ last solo album. The title track plays off a 4/4 structure and ’70s AM trappings before busting out a Crazy Horse solo, “100 Unread Messages” maps out Evans’ journey as the song picks up speed like a (lovably goofy) SFA take on a Johnny Cash number, and “Liberty (Is Where We’ll Be)” references falsetto-kissed soul, complete with blushing strings.

Like most of Rhys’ work, American Interior packs a tremendous amount of stylistic variety into a series of three to four-minute songs, all in service of the album’s concept. The album’s second half features the most compelling work, starting off with the Welsh language “Allweddellau Allweddol.” A children choir chants a repeating refrain, warped to fit the song’s abrupt stops and woozy synth-funk instrumentation, while tribal drumming, pops and clicks all decorate Rhys’ languid vocals. “The Swamp” and “Iolo” follow, the former a patient ballad swelling into one of Rhys’ lovely key-driven refrains, “Iolo” (the Welsh poet who opted not to join Evans on his mission) repeating its hypnotic lyric over waves of agitated orchestral figures. “The Last Conquistador” plunks along in haze of Neon Neon digital glitter, “Walk Into the Wilderness” throws up a raw and emotive vocal refrain, “Tiger’s Tale” closing the album with a gentle and spirited instrumental that lingers long after it fades into the distance. American Interior is another strong solo album to Gruff Rhys’ name, and he continues to justify pursuing surprising musical whims down whatever path they take him, finding wonderful pop songs in the most unlikely of places. What route he takes next is anybody’s guess, but it probably won’t be along the Missouri.