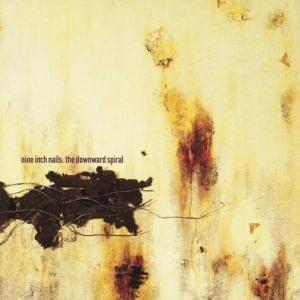 Now 20 years and just over three months removed from the original release of The Downward Spiral it is questionable who has held up better: the industrial rock masterpiece or the man behind the electronic chaos. Although Trent Reznor might never have envisioned making it out of the 1990s, there was a passion for this record to last far longer than his own impure existence. Famously recorded at the “Tate House,” Reznor latched onto the demented legacy of the murders to tap his own inner-personal demons — spending countless hours editing, re-looping and experimenting with the sounds that would eventually hit streets on March 08, 1994. For an album whose main themes include atheism, rape and suicide, there was an unprecedented positive reaction from broader pop-culture; garnering numerous awards and forever altering the rock landscape. Now sober and in several committed relations (both professional and personal), Reznor himself has pulled away from much of the brutality that lined the album’s core, but that doesn’t mean it resonates any less within the darkened souls of any generation’s forgotten adolescents.

Even without credits across David Fincher’s recent motion pictures, it is unlikely a living Reznor would ever have truly disappeared into some unknown “Warm Place.” In a world where violence, sexual aggression and substance abuse is understandably discouraged, yet thousands of young men are discovering new twisted urges across the internet everyday, the likes of “Piggy (Nothing Can Stop Me Now),” “Closer,” “Big Man With a Gun” and “Erasure” will never exist outside of the original context. In the live setting, Reznor and his accompanying female vocalists now cut the self-loathing with ironic gospel undertones, but the reason the hoards of NIN follows still show up is to have that unbridled connection with everything they have been told is wrong with this world.

Released just weeks before the passing of Kurt Cobain, this was truly a down point for much of the Gen-X generation. A period of time that very much reflects the feelings of today’s disenchanted youth. Just as 1994 ballads by songstresses like Mariah Carey were empty of any true emotive depth, and the mockery of electronic music known as “Cotton Eye Joe” by Rednex was dominating the charts, today’s dial is dominated by “put a smile on” singles and cut-and-paste EDM – the likes of Death Grips is here to change that. Currently changing both the rap and punk realms their pummeling productions, Reznor has enlisted their support to open up the forthcoming NIN/Soundgarden tour. For everyone in attendance that would rather chill to Reznor’s more instrumental Ghosts releases and excerpts from film scores, this act pulls in another that very much shares the disillusionment that Reznor established back in 1988 (most likely prior to their births).

2014 marks the most revolutionary period in electronic music, and these tracks continue to withstand the barrage of genre shifts. Without the aid of today’s production crutches, this was only feasible due to Reznor’s compulsive need to create and tweak those creations. Just listen to the first few bars of “Ruiner” and connections can be drawn to the rise in minimal French techno across the blogosphere, and the slow-building allure and mechanical release of “Reptile” can be heard in the bro-step of producers Excision and Datsik.

The album might have closed with the gut wrenching “Hurt,” which the ailing Johnny Cash covered to much acclaim; however, Reznor’s electronic work is finding a new home in remixes by EDM megastar deadmau5. Few artists can touch a fanbase that ranges from Cash to deadmau5; Reznor does. And as long as there is angst, someone somewhere will be contemplating self-destruction to this album.