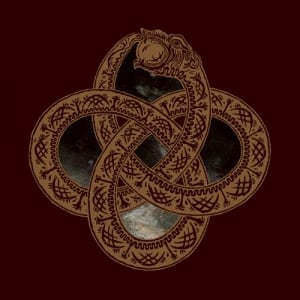 [xrr rating=2.75/5]A pedigree of excellence is something to be proud and wary of. Artists that reach unbelievable heights early in their career often have vast expectations thrust upon them. In the 2000s, there were dozens of bands saddled with crushing pressure to match their previous work. For the metal community, one of the bands with the heaviest burden to bear is Agalloch. The Portland, Oregon based outfit’s The Mantle (2002) was hailed as a new classic. The doomy structures combined with eerie acoustic instruments made The Mantle the first album you could describe as “folk-metal” without being laughed at. And that achievement was only Agalloch’s second album. The band followed it up with another tour de force with Ashes Against the Grain. Another four years passed before Marrow of the Spirit gained critical acclaim, though not as much as its two older brothers. Four more years have gone by and Agalloch continue down the same road of blackened atmospheres and unnerving production, but it seems to be business as usual. For a band once regarded as groundbreaking, Agalloch tread water on The Serpent & the Sphere.

For those not familiar with Agalloch’s brand of metal, The Serpent & the Sphere’s closest cousin is Mastodon’s Crack the Skye. Agalloch doesn’t infuse their sound with sludge, but both albums stand as bitterly cold records, fond of slow builds and long chilling breaks between thrashing climaxes. The dynamic contrast between those two states is where The Serpent & the Sphere’s largest flaw comes into play. Many of these songs are monolithic in size (two 10-minute-plus giants dominate the album), but the time feels wasted. The avalanching sections that release Agalloch’s more energetic side come off plain. “Dark Matter Gods” plods along after its overlong intro and “Celestial Effigy,” despite great drum work from Aesop Dekker, closes with a predictable and aimless guitar solo. For all of John Haughm’s harsh, hissed vocals and steely guitars, the most brutal parts of The Serpent & the Sphere end up being the interludes. These desolate sections of acoustic instrumentation capture Agalloch’s wintery mood better than any double bass drum breakdown. “(serpens caput)” is a beautiful an haunting guitar piece aided by the sound of howling wind coming from a distance, the sonic equivalent of being lost in the Russian boreal. “Cor Serpentis (the sphere)” works in much the same way with an intricate guitar pattern weaving its way around your ears.

The two truly massive tracks make a happy medium between the interludes and the rushing doom sections. Opener “Birth and Death of the Pillars of Creation” is a slow burner that builds with a harrowing focus, and it stands as one of the year’s few tracks that deserves the word “epic.” “Plateau of the Ages” also places calmer segments in between the more crushing minutes. Shrill guitar cuts through the opening salvo before Dekker’s toms come down like ancient war drums. But it’s almost disheartening to hear how intense those two tracks are when they’re surrounded by lesser songs. Agalloch can and has done better. Hopefully it won’t be another four years between this momentary stumble and their next sweeping release.