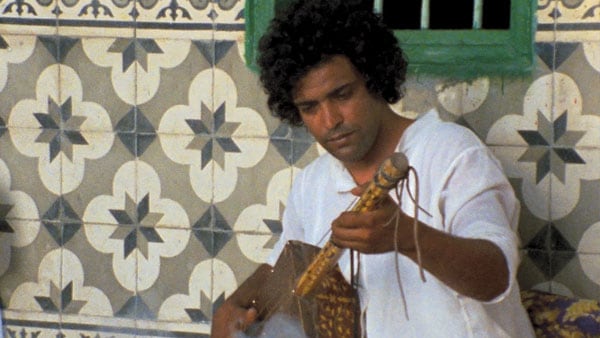 Martin Scorsese has been trying to make me a fan of Nass El Ghiwane since the ‘90s. In high school, I was a fan of Peter Gabriel, whose soundtrack for Scorsese’s The Last Temptation of Christ remains one of my desert island albums. Inspired by Gabriel, I binged on what we call “world music” back then, seeking out CDs on the musician’s own Real World label. One of my favorite discoveries was a sampler called Passion Sources, which featured the original music that either inspired Gabriel or which he sampled in his score. Beyond the famous Pakistani Qawwali singer Nusrat Fateh Ali Khan – who would make some inroads with Western music fans before his death for his collaborations with Eddie Vedder – I had never heard of any of the other musicians on the sampler and being the pre-internet age, had no way to really search them out.

Collaborating with the Criterion Collection, Scorsese has released a six-film DVD box set titled the “World Cinema Project.” Among the films is the 1981 documentary Trances about the Moroccan musical group Nass El Ghiwane. After watching the film, I checked my copy of Passion Sources, and all this time, I had already been acquainted with the group’s music. 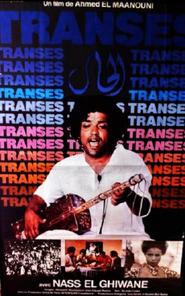 Already a decade old when Trances debuted in 1981, Nass El Ghiwane was wildly popular across Northern Africa, their concerts drawing large numbers of fans who ecstatically give themselves over to the music. Director Ahmed El Maânouni combines film from concerts, interviews with the band and archival footage to create a tapestry that not only tells the story of the band, but interweaves through the modern history of Morocco.

Anyone who has seen Scorsese’s The Last Waltz can easily understand why he’s a fan of Trances. However, El Maânouni isn’t simply capturing a band on the eve of its final concert. Instead, he tries to capture what made Nass El Ghiwane so insanely popular, especially during a time when Western rock ‘n’ roll had a stranglehold over the airwaves of most of the world.

According to film scholar Sally Shafto, Nass El Ghiwane allowed Moroccans “to feel proud of their musical heritage.” Their music spoke to the true Moroccan experience, addressing the social issues that plagued the country since the end of the colonialist rule. It is easy to view Trances on two levels: the surface level where you simply allow yourself to become immersed in the sounds and the music or the deeper level where you learn a bit about Morocco and realize that Nass El Ghiwane and Trances is a rich web of folklore and politics.

Morocco has been most famously portrayed on film in Casablanca and used as an exotic locale to serve epics such as Lawrence of Arabia, but El Maânouni gives us a glimpse of the country and its denizens in Trances. While the members of Nass El Ghiwane play the requisite role of the artist in some of their heady monologues, there is a genuine love for music and country that exudes from both musicians and fans alike. Even though the performances are electrifying, remove your eyes from the group and look into the crowd. You will see people singing along, people scrabbling to get onto the stage, those who do dancing in paroxysms of delight. Reaching back to Scorsese’s concert films, you won’t see fat cats like the Clintons in the audience here. Instead, Nass El Ghiwane appealed to the working class. I am surprised it took me so long to become a fan.