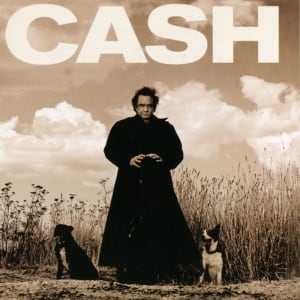 American Recordings seemingly came out of nowhere in 1994. It didn’t, of course, but it felt that way, partly because Johnny Cash’s well-honed image as the Man in Black hadn’t changed in the public’s eye since around 1968. More so it was because his output in the 1980s/early 1990s had also been largely inessential, to put it mildly, consisting mostly of songs for children, songs for good old religious folk and songs for blue-blooded American patriots. It’s hard to believe now, given the resurrection of Cash’s legend in recent years, but many casual music fans in the 1990s still knew nothing of Cash’s discography outside of his most well-known singles and his San Quentin and Folsom Prison albums.

Twenty years later, American Recordings still stands as a highlight of Cash’s career and arguably the best entry in the American Recordings collection. Establishing a pattern that would repeat throughout the series, the album features more covers than originals (the Cash-penned “Let the Train Blow the Whistle,” “Drive On,” “Redemption” and “Like a Soldier” are thematically a single piece, with Cash confidently singing life lessons about true love and the virtues of perseverance and determination). It opens with the traditional “Delia’s Gone,” a song whose historical basis – a 1900 murder involving a pair of lovers, aged 15 and 13 – is downplayed in favor of Cash’s sinister, chilling reading. It plays like a remorseless jailhouse confession from a sociopath, with Cash’s killer detailing hows he murdered Delia in an unsettling, matter-of-fact manner; only when the killer experiences the usual beyond-the-grave torment of so many murder ballads does any hint of regret seep in.

Unlike countless, lesser cover albums that play out like a collection of oddities, this is a remarkably focused record; indeed, it’s easy to see the thematic similarities in Nick Lowe’s “The Beast in Me” and Glenn Danzig’s “Thirteen,” in which Cash clearly understands, and perhaps delights in, both songs’ dark underpinnings. Most attempts to sing Tom Waits fail miserably – a certain famous actress released an entire album proving this point – but Cash’s version of “Down There by the Train” is masterful, evoking all the American romance and mysticism of a classic Waits train song. Two live songs offer comedic relief: Loudon Wainwright’s “The Man Who Couldn’t Cry” is well-received by the Viper Room audience that likely included plenty of people who could sympathize with the character’s plight. It’s disappointing that the other live cut, “Tennessee Stud,” is marred by a bunch of Los Angeles hipster jerks who yee-haw their way throughout the performance. Because, you know, that’s what you do during a country song.

Still, not every tune accommodates Cash’s style. Leonard Cohen’s “Bird on a Wire” plods along, as Cash struggles to find a middle ground between his vocal range and Cohen’s, and the inclusion of Kris Kristofferson’s “Why Me Lord” feels like an overly reverential nod to his fellow Highwayman. “Oh, Bury Me Not” – already recorded once by Cash on Sings the Ballads of the True West – unfortunately retains its overly pious and affected spoken word intro, right down to Cash’s aw-shucks cowboy chuckle, before it moves into its tragic tale of a young cowboy’s death. The cowboy begs not to be buried on the prairie – whose companions promptly ignore his wishes, but then again, don’t blame them, my guess is that burial options on the plains were pretty limited. Either way, it tests the listener’s patience.

It is also undeniable that, for as much as American Recordings showcased Cash’s abilities as an interpreter of song, it ushered in the fervent commercialization of Cash that continues to this day. Simply put, Cash became a marketing machine because of the album’s success. Teenagers who wouldn’t know Johnny Cash from Garth Brooks sprouted up in suburban shopping malls in 1994 with black t-shirts sporting CASH in large white letters, Cash’s very last scraps have been excised and issued and a few years ago a bunch of hip-hop artists got together to massacre some Cash classics in what is hands-down the grossest Cash-related album ever made. This revitalization has come at a price even to the American series, as after the third volume or so, these releases have been prime examples of the law of diminishing returns.

But maybe that’s being too grumpy about what’s happened to Cash’s body of work. The folks behind the American releases have mostly done a good job; in retrospect, the occasional charges of opportunism leveled at producer Rick Rubin feel particularly absurd. And if it helped introduce Cash to a wider audience, so be it. The allure of Cash is right there on the cover – towering, imposing, grizzled and weather worn, as close to an embodiment of Dylan’s man in the long black coat as there’s ever been – and if American Recordings has led to a new cottage industry that occasionally puts out a few duds, that goes with the territory. The diamonds are still easy to find.