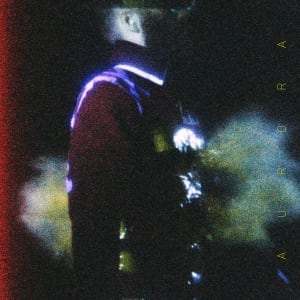 [xrr rating=3.0/5]Electronic music is in an arms race, rushing to more and more brutal sounds. Just last year we had Tim Hecker’s claustrophobic Virgins and Gesaffelstein’s warped take on American hip-hop on Aleph. Ben Frost has upped the ante. This is, after all, Frost’s game. Just looking at his album titles (By the Throat, Steel Wound) Frost emits an aura of winter dread. Aurora is another piece of decimation, deconstructing industrial and ambient sounds into primal, fearful forms. But A U R O R A also find Frost out of balance. The frighteningly cacophonous and the creeping minimal dominate the album, leaving little room for the barren middle ground where Frost truly excels.

It should be noted that while plunging into opening track “Flex” I was on a flight from Houston to Dallas and, as the plane was taking off, it was hard to tell what sounds came from Frost and what sounds came from the plane. It’s that sort of industrial album, unlike the catchy metal of say, Ministry or Nine Inch Nails; Aurora actually feels like it was made in a menacing factory with Frost overseeing his mad production. But even Frost’s cold, iron and calculated world tracks like “The Teeth Behind the Kisses” seep into unfamiliar and uncomfortable quarantine zones. “Teeth” and “No Sorrowing” are so hollow that they barely seem present. Frost and his contemporaries have toyed with the definition of a “song,” but these tracks might take it too far. There’s no substance for Frost’s madness to feed off of on these more scant tracks.

On the other side of the spectrum Frost also runs into problems. “Diphenyl Oxalate” once had a melody, but it’s been mauled and eviscerated until only a wall of discord is left. Still, when Frost goes big, he can pull of terrifyingly massive sonic booms. “Secant” starts off in the same word as “No Sorrowing” with the first two and a half minutes composed of wisps of sound. Then a roaring crescendo from the nothing comes in and immolates the song into molten gothic horror. The two longest pieces here, “Nolan” and “Venter,” find dynamic equality between lurking terror and outright maximal carnage. The rolling percussion of “Nolan” grows into radioactive pulses that are shudder inducing. “Venter” is clearly the album’s centerpiece, built from a stony foundation on ghostly howls, brutal drum and tumbling bells work evolving into a harrowing and dangerous beast before the curtain falls and, just as quickly as it came, the harshness escapes. Final track “A Single Point of Blinding Light” might be the most appropriately titled track released this year. After an opening that sounds like a mechanized T. Rex wreaking havoc on a chainsaw factory the song rushes into a surprisingly danceable beat with pulsating and uneasy synths mingling with crashing drums. Frost hasn’t won this war yet, his peers are more cohesive and even in their craft, but for sheer crushing power, it’s hard to find anyone more talented than Frost.