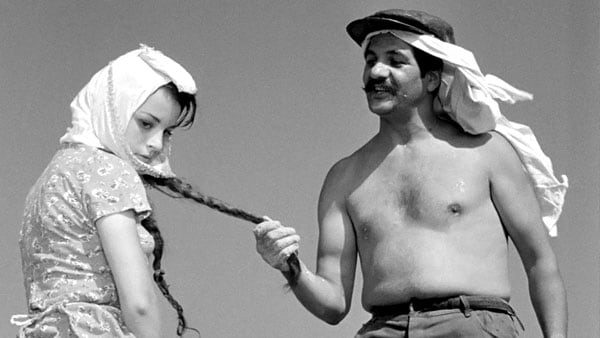 A few years ago, we ran a feature about the biggest Bitches, Bastards and Badasses in cinema history, choosing one entry per year. For 1964, we selected Sterling Hayden’s insane general in Dr. Strangelove. However, if we had been aware of Metin Erksan’s Dry Summer back then, his main character would have easily given ol’ General Jack D. Ripper a run for his money.

Unfortunately, the Turkish director’s Golden Bear-winning film has languished undiscovered, a little-seen gem recently brought back from obscurity by Martin Scorsese’s World Cinema Project. Dry Summer should have marked the beginning of worldwide fame for its Turkish director. However, since it was nearly impossible to see the film, Erksan’s career faded away into obscurity and he stopped making films altogether in 1977.

Turkish cinema was well into its golden age when Erksan adapted Necati Cumali’s novella into what would become Dry Summer. A small group of Turkish filmmakers began to craft serious movies, influenced not only by directors such as Vittorio De Sica, but by stories concerning Turkish people living under difficult economic conditions. Rather than base his films in the cosmopolitan world of Istanbul, Erksan set many of his films in the penurious Anatolian countryside while Dry Summer was filmed in a traditional Aegean town. Taking a page of the neorealist playbook, Erksan also filmed his story in a local dialect rather than proper Turkish and even used locals as extras and in bit parts. 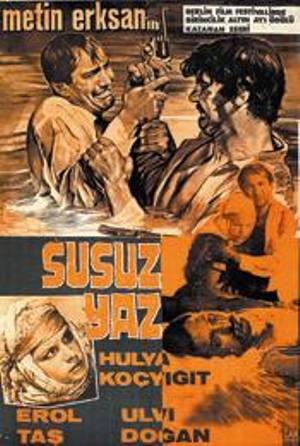 While the plot is simple – a local farmer decides he no longer wants to share his water with the rest of the nearby farmers and then builds a dam – the execution of the tale and the vileness of the lead must have felt revolutionary in mid-‘60s Turkish cinema. Erol Taş stars as the brutal Osman who convinces his brother Hasan (Ulvi Dogan) to help him prevent water from their spring from reaching the farms of his neighbors below him. Hasan doesn’t agree with this decision. He is simpatico with the villagers who repeatedly claim that water is the “earth’s blood” and therefore cannot be owned. However, Osman is his older brother and he falls in line with his orders.

In many ways, Dry Summer is similar to Marcel Pagnol’s Jean de Florette novel (also appearing in 1964), where a greedy farmer blocks off a spring to starve out a new farmer and steal his land. But while the titular character in Pagnol’s book is likable, if somewhat naïve, the villagers in Dry Summer react violently, endangering not only Osman and Hasan, but the younger man’s new bride Bahar (Hülya Koçyigit).

But Osman’s despicability isn’t limited to his water-hoarding. When he shoots and kills an intruder, he convinces Hasan to take the fall, landing his brother in prison for nearly a decade. While Hasan is away, Osman then ogles Bahar, eventually convincing her that her husband has been killed in prison and taking her for his own. Erksan pushed some limits for Turkish film in the ‘60s, showing Bahar and Hasan intimately entwined and even Osman sucking on a cow’s teats while lusting after Bahar.

Dry Summer was too much for the Turkish government, which tried to stop the film from reaching the Berlin Film Festival. The story was simply too lurid, filled with greed and lust. However, Dogan, who also produced the film, managed to sneak the film into Germany, setting it up for historic Golden Bear win. But then the film never made it back.

Dry Summer may be a brutal watch, but it is a fascinating film from a place and time where we can rarely access movies. Taş, who would go on to make a career out of playing villains, is divinely evil and receives the most appropriate of comeuppances. It’s just a shame that Erksan, who died in 2012, never had the opportunity to make good on all the frenetic promise shown here. Thankfully, Dry Summer is back in print and Erksan’s potential can live on.