Since the debut of their 2010 debut LP, London’s Crystal Fighters have continued a gradual transition from their folktronica roots to something much more dance-y. As their newest single, “Love Alight,” has all the elements needed for a massive summer push, we figure we would share before you grow tired of the track’s hook after three hourly spins during drive-time radio. Only time will tell if “Love Alight” can outlast the heat wave; for now, turn it up, invite a friend and pretend that summer will go on forever.

Dylan Von Wagner’s quirky personality infects this tight little morsel of pop. Frantic in a way that only David Byrne and certain obsessive compulsives can understand, he uses the rich groove as a platform for an insistent flow of oblique lyrics that culminates in a simple plea, “Dance, dance, dance.” Imaginary People reference a dark, danceable sound that has roots in much of Duran Duran’s back catalog as well as David Bowie’s “Scary Monsters (and Super Creeps),” but Von Wagner’s manic intensity gives the whole thing a playful feel.

Canadian duo Chromeo drips with irony, but that hasn’t stopped them from churning out some infectious retro beats and clever songwriting. “Sexy Socialite,” off new album White Women, may be the best example of their talent for blending earnestness with irony, as almost silly rhymes about having crushes and wanting the titular popular girl to spend the night give way to a deep, grimy groove midway through. By the time a guest female vocalist lays down the slickest lines on the album, it’s clear that, when it comes this this brand of cheeky electro-funk, Chromeo’s the only game in town. 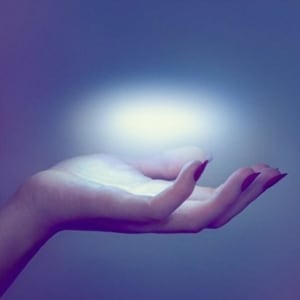 “Rent I Pay,” the first official taste of Spoon’s forthcoming They Want My Soul, finds Britt Daniel and company doing what they do best: crafting catchy, tightly knit indie-rock. Featuring thundering drums, rough-hewn guitars and bass and Daniel’s signature snarl, the song gets back to basics, showcasing the band’s raw, unhinged talents—something that’s been tucked away since 2010’s Transference. A very welcome return.

Gone is the brazen Lykke Li from 2011’s Wounded Rhymes, one who compared herself to a prostitute and guaranteed that her paramour is gonna get some. The Li of 2014 has been laid bare, wrecked by a devastating romance, the songs on new album, I Never Learn, dripping with heartbreak and sadness. Torch song “Never Gonna Love Again” may sound like Cyndi Lauper or Debbie Gibson, but the pathos here is undeniable, the perfect antidote for that non-stop summer party, the one where everyone else is having a good time but you.

OOHYO is a rather mysterious South Korean singer who recently released her shockingly good debut EP Girl Sense; there’s K-pop influence here, but OOHYO has a mastery over her own version of American R&B and pop. “Vineyard” is the EP’s smoothest track, fluidly shifting from Korean to English without batting an eye. Her piano work is as subtly great as her silk-to-the-ears vocals—we can only hope for more delights from her in the future.

It’s hard not to think about the band Protomartyr’s Detroit background when you hear lyrics like “Have you heard the bad news?/ We’ve been saved by both coasts” and “I’ll try to live defeated/ Come and see the good in everything.” Nevertheless, “Come & See”’s off-kilter drum groove and shaky electric guitars project artistic triumph as much as abandoned buildings and urban decay. No doubt, Detroit has a proud musical and cultural tradition, and the quirky, talented Protomartyr is a part of the city’s bright artistic future. 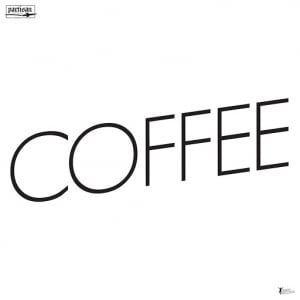 Great things can come from chance encounters, like grabbing a cup of coffee with an acquaintance or even sharing a concert bill. Mountain Man’s Amelia Meath met electronic producer Nick Sanborn when they played the same small club in 2012 and have since paired under the moniker Sylvan Esso. With warm vocals over crisp beats, “Coffee” is an early-summer delight and a reminder to embrace life’s randomness.

The 15 members of the Kasai Allstars hail from five different African nations, but they make music in a single celebratory language. Their first album in six years is a dense, 100-minute set over two CDs. It’s not all as lightly danceable as this opening track, but its beat is infectious no matter what language you speak.

10. The Pains of Being Pure at Heart – “Eurydice” (Fierce Panda/Yebo Music)

Kip Berman’s reboot of his Brooklyn-based indie-pop band has leaned towards the cleaner, brighter side of their sound, and “Eurydice” is the finest example of this. The introduction of singers Kelly Pratt and Jen Goma is an inspired touch, as their voices mesh perfectly with Berman on the soaring chorus. The song simply explodes to life and never ebbs; it’s proof that you don’t necessarily need fuzzy guitars to make a good impression.