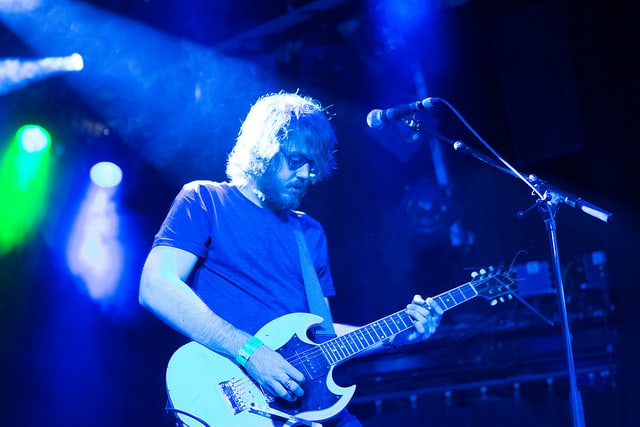 When it is obvious that a band is giving its all, the singer passionately shouting into the mic while his rhythm section is in the zone, who do you blame when the sound sucks? You’ve been to those murky shows where the vocals are swallowed up in a fog of low-end noise, the lyrics indiscernible, the lead guitar melody hard to make out. You wonder to yourself: is everyone here but me deaf? Are the kids moshing like mad not even paying attention? And where the fuck is the sound guy when his show sounds like pea soup? Despite what looked like a strong performance, the Cloud Nothings’ Portland show sounded, frankly, like crap.

The Hawthorne Theatre is notorious for two things: being hotter than hell and having bad sound. The temperature reached over 90 degrees that day, yet all of the venue’s large fans stood dormant on the sides of the room. When I saw Clap Your Hands Say Yeah at the Hawthorne a few years ago, I could barely tell one song from the next. Yet, the Baroness show there last year was the bastion of sonic clarity. So what gives? And why do we have to settle for bad sound when it doesn’t have to be that way?

Take an exciting, up-and-coming band such as Cloud Nothings riding high on this year’s strong Here and Nowhere Else. Listen to the record and Dylan Baldi’s vocals are not lost in lo-fi melange. They are mixed up to the front for a reason. Baldi may look like a young, shaggier version of Okkervil River’s Will Sheff, but he writes fiery songs that have earned comparison to the music of Nirvana. This isn’t just music for kids. The Portland crowd was a mix of young and old. Hell, I wasn’t the oldest guy in the room by a long shot. There were bros, dudes with stupid mustaches, punks and even some gray-haired hippies. They were all there to rock out and the frantic moshing began the minute Baldi and his backing band started the show with “Now Hear In” and lasted until he finished the first set with “I’m Not Part of Me.”

The short set lasted less than hour, just 11 songs and a single-song encore featuring “Wasted Days.” But Baldi and Cloud Nothings play the sort of music that lends itself best to a shorter runtime, fast and frenetic, intended to draw beads of sweat and quicken the pulse. The energy was there, but sometimes it was hard to tell what song was being played. Take “Fall In,” for example. This is Baldi’s poppiest number, one that shouldn’t be washed out. Yet, the only way I could tell that it was “Fall In” is because I could make out the melody in the vocals.

As the show wore on, I figured I would be better off going home and listening to my Cloud Nothings CDs. Everyone in that room, including the band, deserved better.