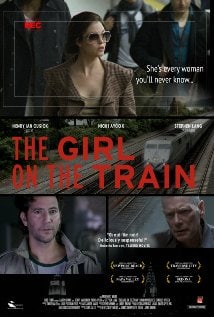 [xrr rating=1.0/5]The non-linear narrative has been a staple of cinema since Citizen Kane and before. But it’s thanks to Quentin Tarantino and Pulp Fiction that so-called independent cinema is rife with movies told out of chronological order. This method can be a clever way to reveal a film’s characters and themes, but it can also be a thin disguise for a weak script, events jumbled in time to feign texture and character depth. If messing with chronology is going to prove a worthwhile trick, a film has to stand up to a question: Would the story bear telling in a linear fashion?

I can imagine the defense’s case for The Girl on the Train: you see, it’s about memory, the stories we tell each other and the thin line between reality and fantasy (another facile trope of independent cinema). The Girl on the Train may be these things, but it’s also a movie I can’t bear in any order.

I wish this were not so. Time and again, I am drawn to movies about photographers and movies about New York, and The Girl on the Train is about both. This turns out to be a deadly combination that feeds not on the energy of street photography or the great metropolis, but on the artist’s own self-indulgent dialogue: “I had more scars than I remembered wounds.” “We’re just ghosts, illusions we perpetrate on ourselves.” This kind of late-night bullshit-session philosophy extends its purple talons throughout the script for this low-budget neo-noir, which blends the self-important inner monologue of a documentary filmmaker (interviewing a Holocaust survivor, no less) with a maudlin romantic mystery. It would takes a higher order of director to make either of those well-worn conceits come off as fresh ideas. It’s no surprise that with a mediocre one, their combination is rotten.

The movie begins with twilight B-roll, gorgeous shots of the Manhattan skyline that could be dropped into any other film. Danny (Henry Ian Cusick) is (ironically or knowingly) shooting B-roll around Grand Central Station when he sees Lexi (Nicki Aycox).

The film’s clumsiness is evident from here on in, from overheated voice-overs (“You’re not real”) to adolescent persecution complexes (we first see Danny duct-taped to a chair) to an awkward visual that superimposes floating commuters on top of crowd footage.

It doesn’t get better. The details of Danny’s fate are spelled out in fits and starts in an interview with police, a convenient framework for the script’s ham-handed exposition. Danny loses Lexi but naturally meets her again, bringing maudlin tales of abuse and cornball dialogue like, “You look in the mirror one morning and realize it’s not only your mother’s eyes you’ve got, it’s the bruises around them.” Everyone in the movie speaks in this self-conscious dialect that doesn’t remotely resemble actual human conversation. The actors can’t pull this off, with the ironic exception of David Margulies as the hammy Holocaust survivor.

If you had any doubts about a thriller framed around interviews with a Holocaust survivor, it gets worse. The movie takes its themes of illusions and storytelling too far. There are two girls on the train in the film. The second is a girl that the old man saw through the slats of a train as he was taken to a concentration camp. Except that the old man made up the whole thing. “Inspired you, didn’t it?” Actually, no, it didn’t. Lexi tells Danny at one point, “I woke up one morning and saw my mom standing over the kitchen sink. And suddenly I knew what hell was.” She is clearly talking about this movie.