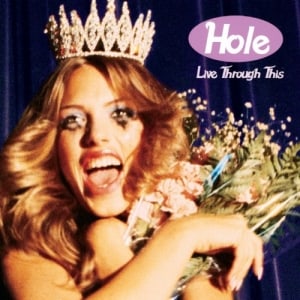 Whatever her addictions and personal failings, Courtney Love has been the victim of a smear campaign the likes of which no male rock star has ever or will ever suffer. Already the subject of Yoko comparisons during Kurt Cobain’s life, Love has since become the repository of fan anger over his suicide, including the pervasive belief that she actually orchestrated his murder. (These same people, in a classic case of oblivious conspiracy theory, are also the ones who suggest that Love is nothing more than a shambling junkie scarcely capable of feeding herself.)

The double-standard is obvious and repugnant. Fans and the press cast addled male stars as heroes of authenticity and, in cases like Cobain’s, martyrs who are mourned yet not-so-secretly celebrated for dying with a reputation unsullied by fading glory. Hell, Mötley Crüe put out a book called The Dirt that uses the confessional step of an AA program to brag about the various druggy transgressions they’re meant to be repenting, and even now people unironically tout the book as a thrilling read. Yet these people, who revel in the anarchic, hotel-trashing antics of rock, turn around and accuse Love of being a bad mother, like bitchy parents at a PTA meeting. That’s not to say that Love should be celebrated for her behavior, but if she were a man, it’s a damn sight more likely that she would be.

Thankfully, no amount of hypocrisy can dilute the sheer impact of listening to Love’s second album with her band Hole, 1994’s ferocious Live Through This. In Utero was a conscious effort by Cobain to test the mettle of Nirvana’s new fans, but Live Through This is, if anything, a softening of the fury Love and the rest of Hole bashed out 1991’s Pretty on the Inside. Not that this would be evident from looking at the titles: songs like “Plump,” “Asking for It,” “Doll Parts,” and “I Think That I Would Die” speak volumes before you even listen to them. Furthermore, the raw, bleeding fury of even a ballad like “Softer, Softest,” with its refrain of “Pee girl gets the belt,” makes the notion of this being Hole’s pop breakthrough something of a hard sell.

But it’s evident from the soft-loud dynamics of opener “Violet” that Hole have sharpened their craft. “And the sky was made of amethyst,” Love intones in the first line, immediately capturing attention, and when the chorus crescendos and lurches into a groove of distorted guitars and Patty Schemel’s punk drumming, it gets loud without losing control. Love’s voice, too, is in fine form, with a sultry quality in the quiet passages that explodes into a melodic scream. This is pure post-Nevermind pop, catchy but nasty, and it sets the tone for the rest of the album.

However self-evident it is from the album’s release date, it’s important to note that the album was prepared and recorded before Cobain’s suicide. The only reason to mention that is because Live Through This, released only four days after the event, sounds like the first and still best “response” to the tragedy. The album’s self-lacerating savagery, though obviously having nothing to do with Cobain’s death, nonetheless unfolds at an emotional pitch that allowed Love to flawlessly convert the songs to a kind of exorcism when she had to tour the record while dealing with her grief. The use of Pixies-esque song structures, introspective and angry lyrics and punkish energy also gives the album clear stylistic ties with Nirvana, and at times, it can sound like the LP that band never got to make.

The album’s retrospective importance as a reckoning with Cobain’s death, and by extension the decline of the alternative movement, provides a way into the record, but it also shortchanges what a personal statement the album is about Love, which should not be taken away from her. The aforementioned brutality of “Softer, Softest” is wrenchingly autobiographical, while “Asking for It” spins out from a memory of having her clothes ripped off by groping fans during crowdsurfing into a broader rumination on the loaded concept of the title. “Plump” plays like a grim parody of the public perception of her as an unfit mother, as well as the public pressure to maintain one’s looks even while pregnant; the song’s most chilling lines, and that’s saying something, might be “They say I’m plump/ But I threw up all the time.” Both “Doll Parts” and “Jennifer’s Body” see women as fragments, cut up by a male gaze to be ogled at while the human being withers into nothingness.

This is an intense work, self-flagellating yet unrepentant, and its catharsis is so powerful it preemptively prepared Love to play the material in mourning. For all the cruelties lobbed at Love over perceived charges of nepotism and profiting off her connection to Cobain, Live Through This is proof that Hole was just about the only band of the ‘90s to remotely approach that Nirvana’s alchemical blend, to bypass grunge to sneak hardcore directly into the mainstream without the mitigating bubblegum of Green Day or NOFX. A cover of Young Marble Giants and a closer that takes swipes at the narrow ideologies and ambition of the riot grrrls hammers home that Love wasn’t expending much effort on making herself more accessible, and if In Utero is the sound of a band daring bandwagon jumpers to hold on with a slightly more aggressive sound, Live Through This is the aural equivalent of a group holding a broken beer bottle to the throat of everyone in their vicinity, willing to carve every listener for even thinking to approach them.