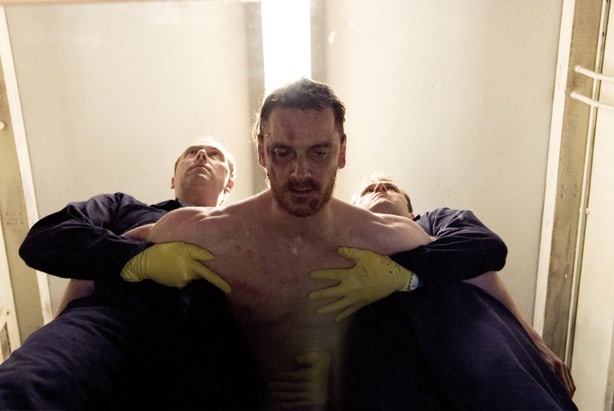 This attention-grabbing debut of former video artist (and future Best Picture director) Steve McQueen is a supremely English film. Starring Irishman Michael Fassbender as the IRA fighter Bobby Sands, most of the film takes place in a British prison, and has the distinction of involving no actual war. The bitter conflict in Hunger is psychological, waged between political prisoners and their brutal guards. This approach effectively conveys a seemingly one-sided battle, as the prisoners have nothing to use for weapons but their waste and hunger. In McQueen’s subsequent films Shame and 12 Years a Slave, he has ratcheted up the intense character psychology that he achieved so beautifully in his debut. This film is a cold, slow work of art about sacrifice and punishment disguised as a political movie, an unflinching look at shit and piss and pain with an admirably sober view of the effect that using such things as weapons has on people. McQueen and Fassbender are now major leaguers making high-profile films, but Hunger will always stand as an example of the punishing lengths to which two hungry unknowns might go to get our attention. – Alex Peterson

The United States history books will likely have little to say about our involvement in the Salvadoran Civil War. Neither a glorious fight like World War II, nor a tragic one like the conflict in Vietnam, the United States hung on the periphery, sending aid to a Salvadoran government that made thousands of its own citizens “disappear.” Based on journalist Richard Boyle’s experiences there in the ‘80s, Oliver Stone brought a scathing indictment of the US-backed right wing government in his 1986 film, Salvador. Using the assassination of the Archbishop Óscar Romero as his centerpiece, Stone (along with stars James Woods and James Belushi) uses Boyle’s grungy account to skewer US meddling abroad. It’s a violent film, one that Stone ends with a zinger that puts the blame squarely on the shoulders of a reactionary United States. – David Harris

Like Black Hawk Down a few years before it, Hotel Rwanda is a Western-made film about an African civil war involving western intervention that can dubiously be called the “best” almost entirely because it is the only film about that war that westerners know about (of the lesser known films, you might dig around for Alrick Brown’s Kinyarwanda).There are undoubtedly some undiscovered Rwandan Ozus out there making poetic elegies to their beleaguered homeland. Hotel Rwanda is a well-intentioned Hollywood-style Message Picture shot in a stilted, flat style. Plot is nudged forward by such things as a bumbling forklift operator who spills a crate full of machetes so the main character can see them and piece together his complicity in genocide. An affectedly accented Don Cheadle leads a cast of actors who give as much heft as they can to a merely serviceable script. The film does a good deed by making audiences aware of the Rwandan civil war, but the masterpiece the embattled African nation deserves has not yet emerged from its borders. – Alex Peterson 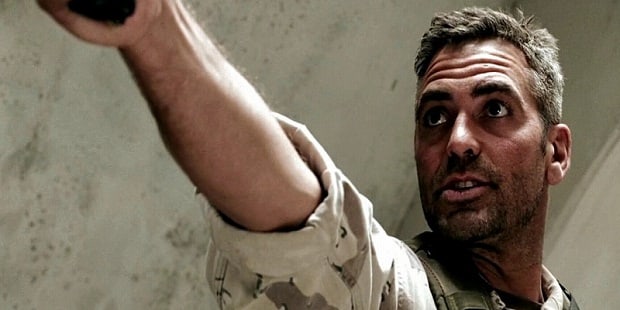 In the aftermath of the Gulf War, bumbling soldiers discover a treasure map with the promise of gold bullion. Director David O. Russell’s Gulf War film was pitched as a heist movie, and its cast, led by George Clooney and Mark Wahlberg, doesn’t seem that far from an Ocean’s Eleven buddy ensemble. But despite the commercial premise and blockbuster stars, Three Kings is one of the most experimental of war films, its most lasting image a shot that follows a bullet’s catastrophic path through internal organs. Cinematographer Newton Thomas Sigel had shot footage of South American conflicts, and Russell tapped his cameraman’s experience to make a war film that didn’t look like any other, a film that was unflinching despite its irreverent facade. – Pat Padua

American boys find themselves pinned down in Mogadishu by the militia they thought they could outgun, and spend a few days relying on each other to stay alive. Black Hawk Down is the best Somalian civil war movie by default, since Somalia’s films haven’t yet made it to the world market (it does have an apparently thriving culture of youth-based films it has dubbed “Somaliwood”). If some Somalian Paul Thomas Anderson or Kelly Reichardt told the story of American intervention into the warlord-led genocide of their country, it would probably be devoid of John Ford moments like the Delta Force operative with the dying plea, “Tell my girls I love them.” Where is the real experience of living in a country where warlords starve you and a “peacekeeping force” blows up your neighborhood trying to stop them? But the cinematic look at the Somalian genocide is Ridley Scott’s stylistically astonishing, narratively propulsive and politically specious high-octane dude’s movie. The action is expertly filmed, but there is so little depth to its politics that much of it plays like a video game. – Alex Peterson 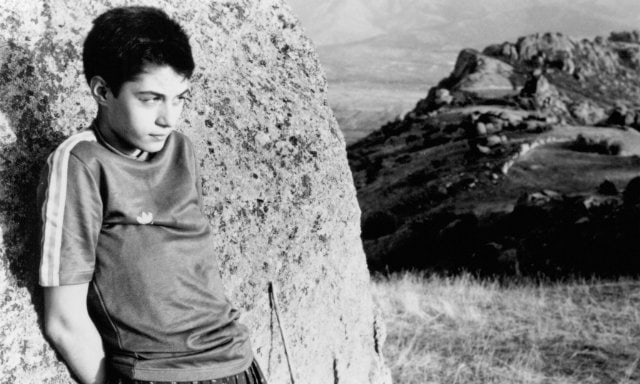 Released the same year as Pulp Fiction, Milcho Manchevski’s Before the Rain uses the same fractured story device for more noble aims. Set mainly in Macedonia and in London, it’s one of the rare war films that premiered while the crisis was taking place. The film raised worldwide awareness of the deteriorating conditions and genocide rampant in the former Yugoslavia. At its heart is a simple message: no good comes from killing. Told in three separate stories, the tales add up to one devastating whole by the time the credits roll. Before the Rain does not side with either its Christian or Muslim characters. There are only murderers and victims and in many cases, it’s hard to differentiate which is which. – David Harris 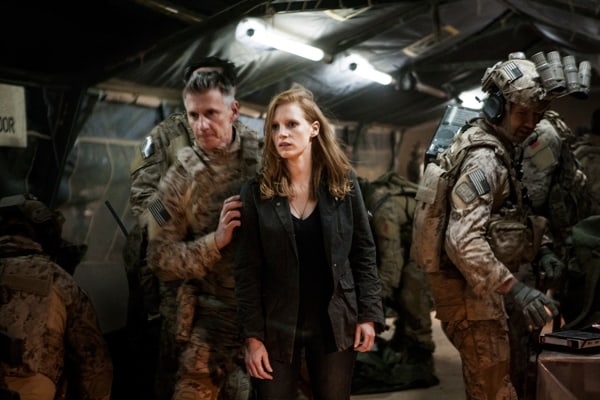 Kathryn Bigelow’s controversial film about the plot to kill Osama bin Laden does not endorse torture. Zero Dark Thirty sets up a moral landscape in which bloodletting, whether it’s by the good guys or the bad guys, leaves the world in darkness. Jessica Chastain plays Maya, a CIA recruit not far out of high school. The rookie is assigned to a detainee camp where she witnesses a violent interrogation that clearly horrifies her. But as the years pass and her career progresses, her character develops in ways that are not empowering and heroic. When the War on Terror fails to prevent attacks in London and Spain, her moral resolve slips, her taste for blood overwhelms her, and she must have Bin Laden’s head. Bigelow’s tone is far from jingoistic. Her film is a war thriller about frustration, from a personnel and management level to a ground level where targets are elusive and dangerous. – Pat Padua 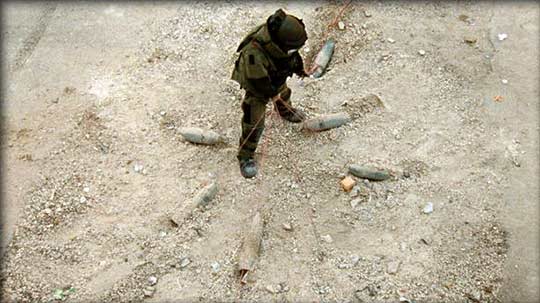 Everything changed after 9/11. Nowhere is that more apparent than on the front lines of the miasmic “War on Terror.” Kathryn Bigelow’s Best Picture-winning The Hurt Locker tapped into the horrors of modern warfare, where there are no clearly drawn battle lines, and the dead bodies of children can be used to conceal improvised bombs. The film stays away from political grandstanding about the folly of the Iraq invasion and instead filters a very human message through the experience of SFC William James (Jeremy Renner), who helms a bomb disposal team. Despite James’ reckless methods, he gets the job done. But not without a heavy psychological toll that builds throughout a film packed with tense combat scenes and bomb deactivations. Depicting a war in which the lines between friend and foe are blurred, The Hurt Locker is a fresh look at the vast spectrum that runs between bravery and atrocity whenever humans wage war. – Josh Goller