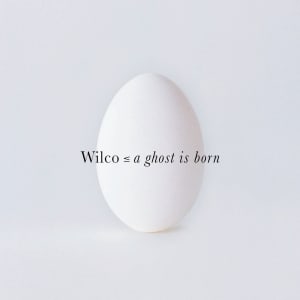 Critics often associate experimentation with expansion, a willingness to try just about anything. What strikes me about A Ghost Is Born, Wilco’s last great album and certainly my favorite, is how limited it sounds, as if the band was paring down the extravagances and noise from Yankee Hotel Foxtrot into something approaching leanness.

This, incidentally, is not the common narrative about Ghost. NME worried about its “lack of focus” while Robert Christgau called it a “privileged self-indulgence,” and it’s hard to argue when two tracks pass the 10 minute mark, one with approximately 13 minutes of grating synthesizer noise. But listening back near to its tenth anniversary, I have to disagree. Wilco hasn’t made an album this good again, and it all comes back to the limits Wilco placed on itself with Ghost.

First, there is Jeff Tweedy’s guitar playing. Where before he always had a foil, particularly in multi-instrumentalist Jay Bennett, for Ghost Tweedy was cast out into the cold, and his solos feel like something feral scratching to be let back in. The obvious examples are “Spiders (Kidsmoke)” and “At Least That’s What You Said,” which deploy his cramped, buzzy melodies with vehemence and violence. I personally prefer the overdubbed Television-isms that close “Muzzle of Bees,” riffing on single notes that create sublime harmonies. No one could possibly call Tweedy’s work masterful, but it is exhilarating and accomplished all the same. He rises to the limits of his ability and bruises past them.

Second is Jim O’Rourke’s production. This one I wonder about often, and I think I’ve finally placed it: through his use of Pro Tools and overdubbing, O’Rourke imbues the album with a cold, controlled quality that nonetheless feels old-fashioned, like the kind of album they don’t make in 2014, and probably didn’t make in 2004 either. Where he helped the band bury found-sounds into folk songs on Yankee, here he flattens the drums into crisp pops without resonance and drains the piano of warmth until it hangs in space. It is a very full record but one that seems to occupy its own small space, as if in a bubble one watches from afar. Nevertheless, these limits don’t extend to the dynamic range. When “Handshake Drugs” ends buried in a marsh of fuzzed-out guitar the underlying piano-bass-drums groove stays exactly in the center, a steadying influence on what could easily become chaos. Ditto O’Rourke.

Third, and perhaps most importantly, are the constraints on the band. Recorded soon before keyboardist Leroy Bach left the band, Wilco would replace him with guitarist Nels Cline and multi-instrumentalist Pat Sansone for the tour behind Ghost, and those two have been felt all over the band’s last three albums. Listening to Kicking Television, the live album from this period, this is clearly apparent. Whereas some critics lauded the louder, more “rock” takes on the Ghost material, on Kicking Television they nonetheless feel the more indulgent of the two, with extended intros and outros and grooves that expand but don’t necessarily deepen the material. Where “At Least” sticks to the basics, guitar, piano, drums and bass with mild synthesizer flourishes on the album, the live version gooses in organ, multiple solos and fancy guitar wizardry on Cline’s part. But even though the material is louder it is no more electric, as it often lacks tension, the dry bristle and pop just beneath Ghost’s surface that comes from a limited instrumental palette and the combined enthusiasm of the performers.

This is why Ghost is my favorite from Wilco. In the decade since, Tweedy and Co. have developed a reputation as a nice band — “dad rock” — almost aggressively mid-tempo. While all of this is present on Ghost, something nevertheless subverts the proceedings, even without the headache-inducing industrial noises on “Less Than You Think.” While it developed into one of the sturdiest and most reliable live bands in the country, a sound you can hear all over Sky Blue Sky and Wilco (The Album), here Wilco is nervy and constrained, even when it seems easy-going and pretty. Like one of Tweedy’s solos the record might lash out in any direction, even if it rarely does. With its own label, festival and multi-generational fanbase, it’s unlikely the band will ever feel that constrained again.