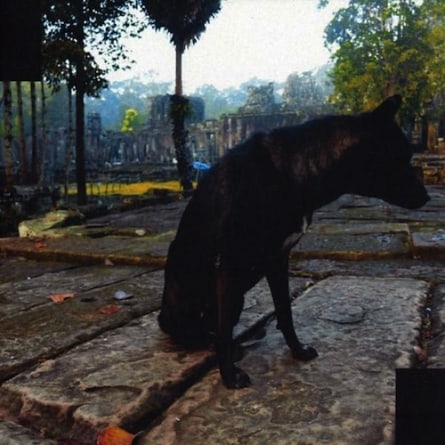 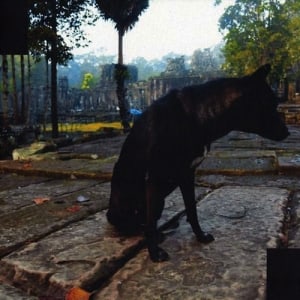 It’s hard to pass off a trio of experimental musicians as a supergroup. Not only is broader recognition of stand-out performers too low to justify the term, the natural inclination toward collaboration in underground scenes means that designating anyone as a supergroup falsely attributes a desire to make music to the commercially minded line-ups that drive most collections of high-profile musicians. Nonetheless, anyone with passing familiarity with the experimental scene might do a double-take when coming across an album that teams up Oren Ambarchi, Jim O’Rourke and Keiji Haino. The trio has worked together on several albums, but it still feels like an event when they prepare a new release.

Their latest work is a single-track, 40-minute album called Only Wanting to Melt Beautifully Away Is It a Lack of Contentment That Stirs Affection for Those Things Said to Be as of Yet Unseen, so named, presumably, because it takes exactly as long to say as it does to listen to the record. Besides the mind-boggling title, what also stands out immediately about the record is how gentle it sounds for much of its running time. The trio’s past releases have catered to their CVs as renowned noise-makers: Ambarchi, among his many solo and collaborative credits, frequently lends a hand to venue-shaking drone act Sunn O))), while O’Rourke has produced his own band of noise rock and worked with people like Thurston Moore and Lee Ranaldo. Then there’s Haino, whose work as a solo artist and especially as the leader of Fushitsusha is so loud that the best spot in any given venue where he plays may be out in the parking lot.

Still, all three have pedigrees in softer music as well, and Only Wanting to Melt allows them to work out the other side of the compositional and improvisational abilities. The unbroken song unfolds as if in a trance, with Haino’s elegant kantele strumming setting the tone before his vocals come in at 3:30. Even when pushing his guitars to peak decibel levels, Haino’s singing has always had a kind of bone-chilling, haunting quality to it. His keening moans transcend the language barrier any non-Japanese speaker would normally have listening to his lyrics by infusing them with a mournful nature that does not require words. Given ample space in the mix to reverberate, Haino’s warble sounds like Cathy out on the moors around Wuthering Heights.

Haino’s playing and singing is so delightful and relaxing that the first time I listened to the composition, I did not realize that Ambarchi had started drumming until several minutes after he entered, while O’Rourke’s 12-string guitar enters with bracing volume that nonetheless meshes with and layers Haino’s kantele before quickly taking over with a knotty acoustic solo backed by Ambarchi’s delicate cymbal work, which leads into its own solo. Soon after, an electronic tone howls over the soft music, but instead of launching the composition into the stratus, it primarily adds color to O’Rourke and Ambarchi.

At least, that’s how it works at first. Gradually, the sine wave is joined by more tones, then more, each countering the other and creating a composition in their own right. Furthermore, in the vaguely multicultural bent of the music so far—Haino’s Japanese vocals, his Finnish kantele, O’Rourke’s blues-folk guitar work—the synthesized lines occasionally dip into quasi-Arabic terrain. But it is in the final 10 minutes that this record explodes: a sudden explosion of screams, saxophones, feedback and heavy tom-drumming pushes the needle to the red and recalls John Zorn’s Painkiller project, all punk-jazz-metal bordering on free noise. Even when things settle back down and Haino closes things out with flute, he plays with spiky energy that upends the New Age application of so much non-classical flute playing. The sudden rush of the last 10 minutes clashes with what precedes it, and it’s a bit of a setback for an otherwise flowing document. Regardless, Only Wanting to Melt is yet another beautiful work from these three immense and intuitive talents, and perhaps the new best point of entry for their collaborations.