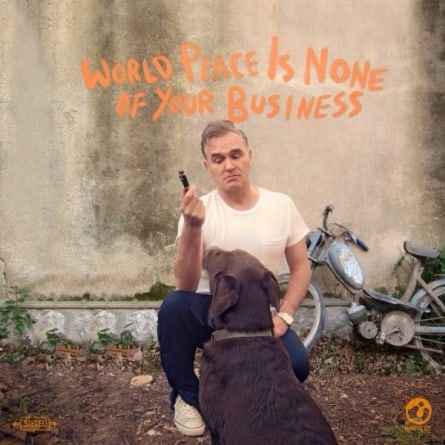 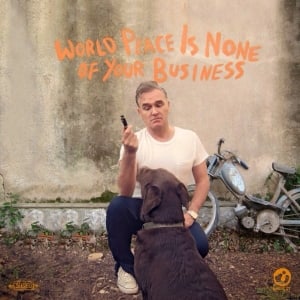 Being a Morrissey fan is difficult, and that’s not just because you have to contend with things like canceled tours and outrageous statements dismissing whole countries over their treatment of animals. There’s always a lingering feeling among Morrissey fans that the whole enterprise of Morrissey fandom is kind of a consolation prize, something to make up for the fact that the Smiths aren’t around anymore and never will be around again. That attitude is there whenever any fan talks about Morrissey’s solo material, and it’s sort of unfair, even if it’s a near-indisputable fact that anything the Moz does will never measure up to his past work. It’s an inherently unfair way of judging an artist, but Morrissey hasn’t made things easier in recent years with his insistence on fulfilling every single joke and stereotype made about him. The man’s work since 2004’s You Are the Quarry has been Morrissey writ large, an amplification of everything people have come to both love and loathe about him, and World Peace Is None of Your Business might be the most outsized projection of Morrissey yet. It’s a funny, silly, lazy, clever, melodramatic piece of work that may just be the most infuriating album that Morrissey has put out since Maladjusted.

Morrissey’s return has led to the singer getting back to business as usual, and World Peace is certainly a Morrissey album, if nothing else. Of course, with a voice like his, Morrissey brings that certain character no matter what he sings, but vocals are where World Peace starts to fall apart. As time has gone on, Morrissey’s voice has deepened and changed in such a way as to make him into even more of a crooner. This has happened to other singers, particularly David Bowie, but where Bowie was able to come up with songs that fit his changed voice, Morrissey seems intent on willing himself back to the early ‘90s. The punchy rock of “Neal Cassady Drops Dead” and “Istanbul” just seem incongruous with the version of Morrissey that we have now, who sounds closer to his tourmates Tom Jones and Cliff Richard than even he would care to admit. It’s not even that Morrissey can’t command a song anymore; the building sweep of “I’m Not a Man” is made even better by his performance. Most of the time, though World Peace presents Morrissey as being in a bit of a midlife crisis.

This crisis extends to the lyrics of World Peace in that Morrissey seems to think that his identity needs re-asserting. The album finds Moz indulging in his more ironic tendencies to an uncomfortable degree, as on single “Kick the Bride Down the Aisle,” which may be altogether too vicious to be interpreted as the wry commentary on spousal misogyny that it’s supposed to be. And, lest anyone forget, Morrissey cares about animal rights, and World Peace showcases his activism in the most po-faced way since “Meat Is Murder.” Even when he tries to be funny, as on the otherwise charming “The Bullfighter Dies,” his words are so on the nose (“The bullfighter dies/ And nobody cries/ Because everyone wants the bull to survive”) that they’re more groan-inducing than anything else. It’s a shame, given how mysterious and fluid his past work was. Nowadays, it seems that Morrissey doesn’t care to give any of his fans any room for interpretation.

Of course, not even Morrissey does everything himself on an album; indeed, his work most often lives or dies by his producers. Unfortunately, World Peace continues Morrissey’s recent tradition of making albums that can be sonically frustrating. This time around, it’s Joe Chiccarelli’s turn to not quite figure out what to do with Morrissey’s songs, as he splits time between achieving a Smiths-like pop feel and the compressed, muscular approach that Jerry Finn took with Moz on You Are the Quarry. The end result is a collection of songs that don’t quite fit together, making World Peace annoyingly disjointed. That the glorious throwback “Staircase at the University” is on the same album as the dull, spare “Sinner With a Knife” is strange enough, but what’s stranger is that someone–perhaps Morrissey himself–thought that this collection of songs would work as a whole.

Perhaps I’m giving Morrissey too much credit for caring. It’s not as if a musician of his stature (especially a musician with his devoted legion of fans) would really have to put out another masterpiece of a record to make a living on tours. Morrissey clearly isn’t out to prove that he has that golden songwriting touch anymore, even if moments of World Peace Is None of Your Business are as good as he’s ever been. The man really doesn’t have much to prove anymore, and he knows it. Still, it couldn’t hurt him to try a little harder once in a while.