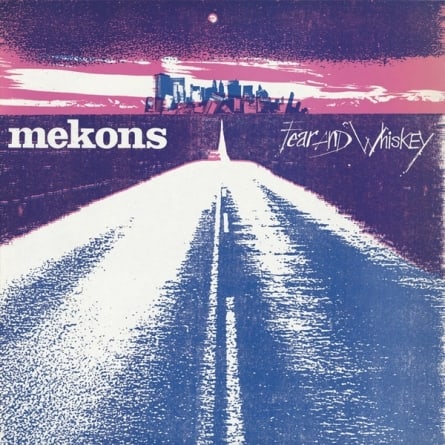 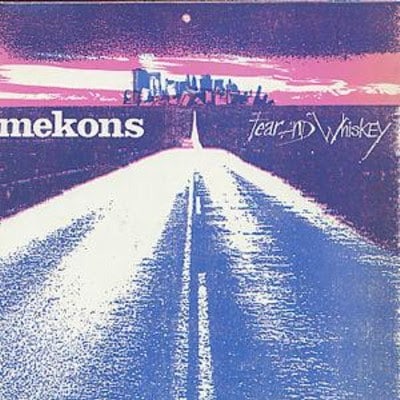 Punk and country don’t make for such strange bedfellows anymore, for better or worse. We can partly thank, or blame, the Mekons for that, as those who obsess in finding the fateful point at which punk and country first intersected into “alt-country” typically point to the Mekons’ ramshackle 1985 masterpiece Fear and Whiskey. The real question is, what difference does it even make? For years, this album has been reduced to dull, academic discussions and pointless arguments from both critics and fans, an unfortunate byproduct of Fear and Whiskey’s groundbreaking sound. Set all those exercises in categorization aside, and you’ve still got one of the best albums of the 1980s, or any other decade, and one whose subject matter is startlingly relevant even today.

It starts with one of the most mysterious opening lines ever recorded, as Tom Greenhalgh sings in “Chivalry,” “I was out late the other night/ Fear and whiskey kept me going.” But fear of what? The widely accepted interpretation has been fear of war, or, more specifically, fear of living during wartime. And indeed war images are prevalent, often cited as a nightmare fantasy in which Britain is invaded by the United States. The harrowing “Trouble Down South” has always sounded to me like it’s centered in Vietnam, as Ken Lite sings lines like, “The trucks move out/ The village burns/ Silence in the swamps.” In the aggressive “Hard to Be Human Again,” Jon Langford mentions Oliver Cromwell, while in “Country,” the band is even vaguer, evoking a war-torn country and the nihilism that living through war brings. It’s tempting to view anything a politically-inclined British band did in the 1980s as a vitriolic rant on Margret Thatcher, but these songs are notable for their lack of specificity: this could be any place in Britain, or the United States, or Southeast Asia, or indeed, anywhere else. Had it been released 20 years later, listeners would likely view the album as a commentary on post-911 life or of the wars in Iraq or Afghanistan.

But I hesitate to call Fear and Whiskey a concept album like critics frequently have. While its overarching themes undoubtedly revolve around war, and examples of violence and destruction punctuate these songs – “A beam falls at random and you disappear,” Langford sings in “Flitcraft” – the album is equally convincing as an examination of how fleeting life is, regardless of war. Its pessimism sometimes belies the generally up-tempo instrumentation. “Abernant 1984/5,” ostensibly born out of the failed Miner’s strike, is among the album’s bleakest tracks: “Vengeance is not ours, it belongs to those/ Who seek to destroy us/ How much more is there left to lose?” Elsewhere, the album is filled with poignant or small-scale tragedies. These are rain-soaked songs that unfold in bars late at night, where opportunities at human connection are squandered. There is a stasis that paralyzes the songs’ characters from moving forward; aside from its memorable opening line, the lasting image of “Chivalry” is a lone man walking down the street, unable to remember anything except “the rain and the tears on your face.” And in one wrenching moment, in “Last Dance,” the narrator can offer up highly poetic lines, “So beautiful, you were waltzing/ Little frozen rivers all covered with snow,” but ironically can’t find the words to make his affections known.

Though Fear and Whiskey is unarguably a Cold War album, it’s limiting to define it as such. With its blend of punk and country, what it did for the future of music remains incalculable, but the album resonates today for how the band addresses large issues like war along with smaller, more personal matters like love and loss. Time inevitably makes the revolutionary in music sound mundane and predictable; try to imagine what it would be like to hear Fear and Whiskey again for the first time, and its standing as one of the most unique albums in rock history immediately becomes apparent.