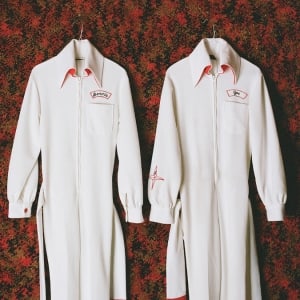 [xrr rating=4.25/5]Another day, another private press recording rescued from obscurity by a crate digger and subsequent press hype. Donnie and Joe Emerson’s Dreamin’ Wild was one of the more touching examples of this legend, an amateurish but charming pop album from 1979 released in limited quantities in a remote corner of the Pacific Northwest.

The story could easily have been better than the music: the Emersons’ father, as has been reported in the New York Times and elsewhere, believed in their talent so much that he mortgaged the family farm to build a recording studio for his teenage sons. The family drove around Eastern Washington state distributing Dreamin’ Wild as best they could, but they didn’t even get as far as Seattle. If that’s not a show of faith for you, the Emerson patriarch built a 300-seat music venue on the family farm, two hours from the nearest interstate.

Needless to say, the crowds never showed up. But decades later, thanks to Light in the Attic’s 2012 reissue of Dreamin‘ Wild, the Emersons have become a modest critical and commercial success. Light in the Attic unearthed more recordings from the Emerson brothers and has released them on Still Dreamin’ Wild: The Lost Recordings 1979-81. And you know what? It’s even better than Dreamin’ Wild.

The tracks on Dreamin’ Wild were at times poorly mixed, and though you can hear the boys’ musicianship and innocent energy, they were not in the full flower of their pop genius. A track like “Don’t Go Lovin’ Nobody Else” epitomizes their strengths and limitations. Its sentiment is that of a typical heartbroken teenager, its sound quality the equivalent of eavesdropping on a sensitive kid’s personal bedroom recordings, which makes Dreamin’ Wild a wonderful, fascinating piece of homegrown pop, but a flawed one.

The previously unreleased home recordings collected on Still Dreamin’ Wild make up a more sophisticated, more polished effort that approaches pop greatness. Recorded within a few years of their debut, you can hear their musical development immediately. The Emersons are in better command of their instruments (including their voices) and the studio their father built for them. This is a polished product, but not slick. Most importantly, the songwriting and arrangements are stronger. The Emersons have often been compared to Hall and Oates and other yacht rock, but what I hear here is the one-man band power pop of Tom Marolda, whose private press LP Introducing The Toms was one of the great lost power-pop albums of the era. Still Dreamin’ Wild holds its own with that pop classic.

An instrumental overture opens the album, leading to the anthemic “Don’t Fight,” on which Donnie Emerson accompanies his vocals on all isntruments as well as with soulful vocal yelps. It ends too soon at 2:48. Sequenced like a classic new wave album, the album’s masterpiece is next. “Ride the Tide” is perfect pop music that would have sounded great on the radio in 1980, and it sounds like an instant classic today. Like most of Still Dreamin’ Wild, “Ride the Tide” is all Donnie, overdubbing himself like a teenaged Todd Rundgren. The song came about from trips back and forth to Los Angeles, where Donnie Emerson would eventually put together a 1981 solo album that by all accounts was a slick production and a poor showcase for his talents. Naturally, that solo album went nowhere.

Still Dreamin’ Wild doesn’t reach those heights again, but what’s left is melodic, heartfelt power pop, some of which tackles subjects you wouldn’t expect to hear about on the radio. The bouncy “Big Money” would have been the album’s second single, and should have been the first and perhaps only top 40 hit to feature a lyric about “financial pride.” “Stand By Love” is another crackling power pop classic with guitar fills that wouldn’t sound out of place on a Big Star album. Donnie’s lyrical innocence continues with “Girl with the Rainbow Seeds,” an encouraging corrective to the romantic despair of their debut album’s “Don’t Go Lovin’ Nobody Else.” The set closes with the seven-minute epic “Don’t Disguise the Way You Feel,” a title that perfectly captures the Emersons’ earnestness.

Limited-edition vinyl releases of Still Dreamin’ Wild are still available, and these include a bonus 45 that features several commercial jingles Donnie Emerson wrote for businesses in Washington state. After making Dreamin’ Wild, Joe Emerson went to work on the family farm, while Donnie Emerson went on to make a modest living playing music. With their enthusiasm and gift for the pop hook, you may wonder why the Emersons never made it big. Their sincere pop music is worth the hype.